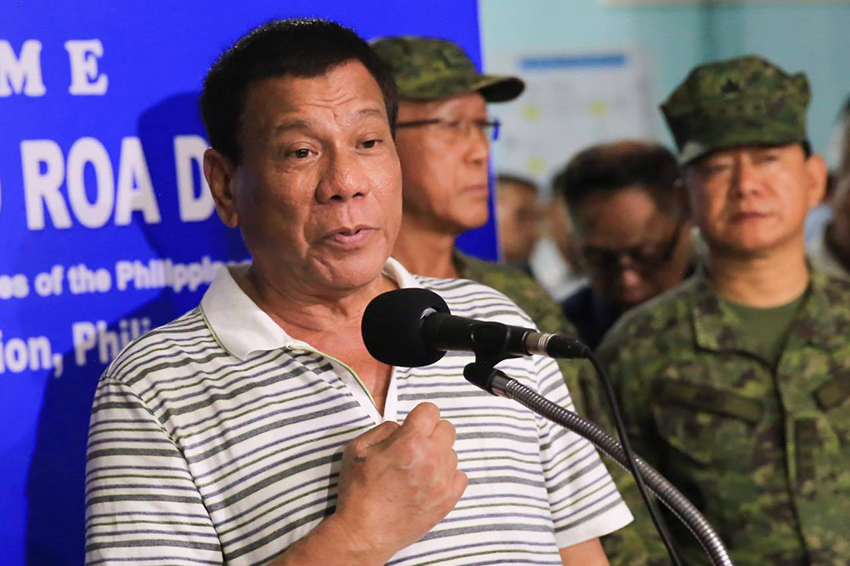 DAVAO CITY, Philippines — The former professor of President Rodrigo Duterte now has stronger words against him following the cancellation of the fifth round of talks.

Sison has previously recommended to the Communist Party of the Philippines to reconsider its order to the New People’s Army to intensify its offensives amid the Martial Law declaration in Mindanao. He also proposed that the NDFP and the government peace panel agree on a joint statement against terrorism to combat the Maute-ISIS group.

He said even if the government has chosen not to participate in the fifth round of talks they still cling to their hope that President Duterte is committed to bring peace through social economic reforms.

However, in his Facebook post on Sunday, Sison said: “I think that the Duterte regime has practicallly terminated the GRP-NDFP peace negotiations.”

He cited the government’s all out war policy against the CPP, NPA and the NDFP which he claimed did not stop even when a unilateral ceasefire was in place.

Sison said the all-out war policy of the government “is aggravated by the current martial law in the whole of Mindanao, where the NPA is present and even where the Maute and Abu Sayyaf groups are absent.”

He also scored Duterte for the latter’s recent remarks.

“I think that the Duterte regime is no longer interested in peace negotiations. It keeps on making public statements to insult and attack the revolutionary movement of the people,” he said.

He added: “The language of abuse somehow reflects the barbarism of the regime and the AFP in raining bombs and artillery fire on communities, forcing people to evacuate and occupying communities.”

Sison said the government is not  interested in social and political reforms but instead only wants the surrender of the CPP-NPA.

“The revolutionary movement can never agree to a surrender and pacification scheme under the guise of a protracted and prolonged ceasefire that is one-sided and lays aside the demands of the people for social, economic and political reforms,” Sison said.

It said the government failed to fulfill its obligation to grant amnesty and release of political prisoners,” and that the Army had “treacherously taken advantage of the unilateral declaration of interim ceasefire to encroach on the territory of the people’s democratic government.”

The stalled formal talks was supposed to continue the discussion on the Comprehensive Agreement on Social and Economic Reforms and Political and Constitutional Reforms.

Both parties have agreed to accelerate the negotiations on CASER by forming bilateral teams which met thrice in Manila prior to the fifth round of talks. Two of the bilateral meetings discussed the Agrarian Reform and Rural Development while the other meeting talked about National Industrialization and Economic Development.

However on May 27, the government peace panel decided not to participate in the fifth round of talks until an “enabling environment” is provided by the communists.

It reiterated its position on May 28, the day when a joint statement to fight against terrorism was to be signed between the two Parties. The signing of the statement drafted by the NDFP did not push happen as the government panel maintained its previous position.

In a statement on June 1, the NDFP urged the government to go back to the negotiating table saying that it the Parties may declare a unilateral and reciprocal ceasefire in areas where they could unite to cooperate against the Maute and the Abu Sayyaf group.

In his latest interview with the media, Duterte said the negotiations with the CPP-NPA-NDF is still under assessment.

“We are still assessing the environment vis-à-vis with the NDF, NPA,” he told reporters in Cagayan de Oro on Saturday, June 3.(davaotoday.com)