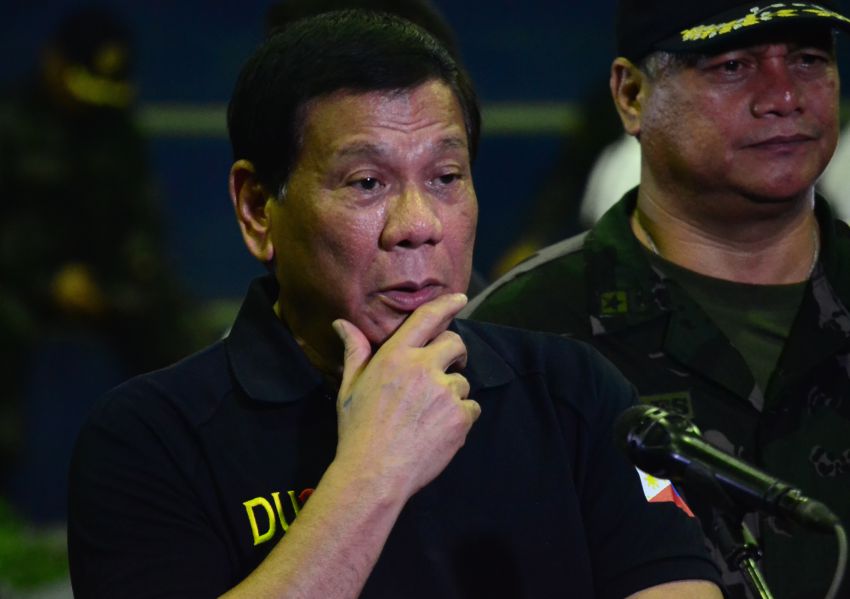 DAVAO CITY, Philippines — The government said the announced resumption of the fifth round of peace talks may not proceed if the attacks of the New People’s Army continue.

President Rodrigo Duterte met with the government peace panel on Tuesday, July 18, in Malacañan where he directed the negotiators not to resume the formal talks unless the communists agree to stop attacks against government troops in Mindanao.

In a statement released by the Presidential News Desk, Duterte stressed that the communists “really need to stop engaging the military in Mindanao if they want to continue the peace negotiations.”

Jesus Dureza, Office of the Presidential Adviser on the Peace Process (OPAPP) secretary, added that the resumption of formal talks would depend on the Reds’ commitment to “follow certain guidelines for a possible ceasefire deal with government.”

He said this includes suspending operations against the military and the police and stopping all their “extortion” activities on the ground.

The government officials said the NDFP “needs to order its armed wing to halt all offensive operations against government troops in order to pursue their shared goal of sustaining economic development throughout Mindanao.”

GRP Chief Negotiator Silvestre Bello III announced early last month that the fifth round of talks with the National Democratic Front will possibly push through by the third week of August.

Following the plan to extend Martial Law until the end of the year, the Communist Party of the Philippines (CPP) ordered the NPA to continue to “strengthen itself nationwide by carrying out armed counteractions and offensives across the country to defeat the Mindanao martial law and nationwide all-out war.”

The CPP said the Martial Law is “directed at the New People’s Army (NPA) and the Party-led forces as much as the Moro people.”

It added martial law “is an assault on every Filipino’s rights and freedom.”

The CPP said: “With Mindanao martial law extension and threat of expansion, Duterte can exercise the power to railroad his tax reform plan and other economic policies and infrastructure projects that are detrimental to the people’s rights and interest.”

It added that because of martial law, “US military forces are carrying out outright intervention through electronic surveillance and use of attack drones especially at night.”

The CPP said the law could also reinforce the plan to implement a national ID system, which can be used to restrict the people’s rights to free movement and for mass surveillance.

Duterte wants Congress to extend the original 60-day duration of Martial Law in Mindanao that was specified in Proclamation No. 216 to more than five months or until December 31. (davaotoday.com)