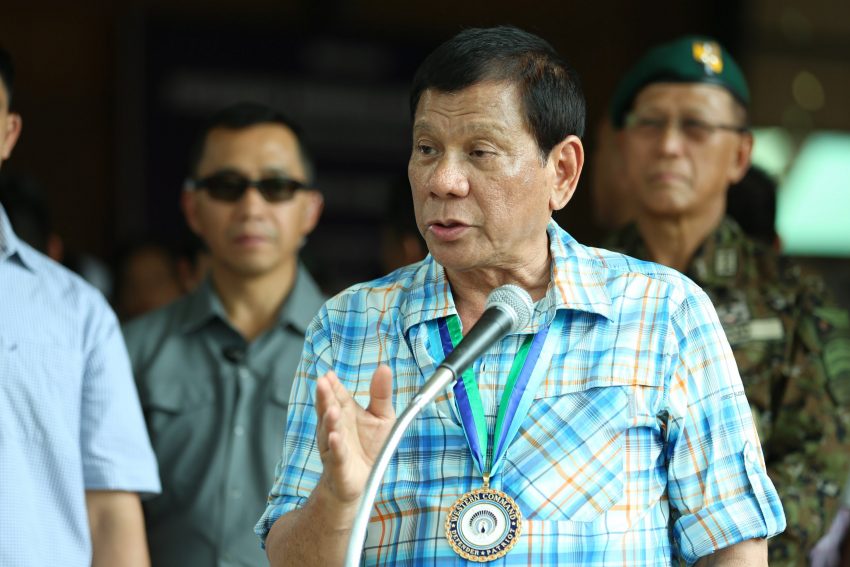 President Rodrigo Roa Duterte explains why he ordered the dismissal of Maia Valdez, an Undersecretary under the office of Cabinet Secretary Leoncio Evasco Jr., in an interview with the media during his visit to the Western Command (WesCom) Headquarters at Camp General Artemio G. Ricarte in Puerto Princesa, Palawan on April 6, 2017. The President also warns he is ready to dismiss more officials if he senses any trace of corruption among them. KARL NORMAN ALONZO/Presidential Photo

DAVAO CITY, Philippines — In a bid to strengthen the country’s claim in the disputed West Philippine Sea, President Rodrigo Duterte ordered the military to occupy at least nine of the disputed isands.

In a press briefing in Puerto Princesa, Palawan on Thursday, the President pointed out that the country must make a strong point in order to maintain sovereign jurisdiction over the disputed waters.

The President also revealed that he is planning to visit Pag-asa, the largest of the nine islands, on Independence Day, June 12, to raise the Philippine flag.

“Sa coming Independence Day natin. I might I may go to Pag-asa island to raise the Philippine flag there,” Duterte said. He also vowed to repair and improve the runway in Pag-asa.

“The money is there. I don’t know how the—the Army or the engineering battalion would do it. But that development there has my full support,” he added. (davaotoday.com)