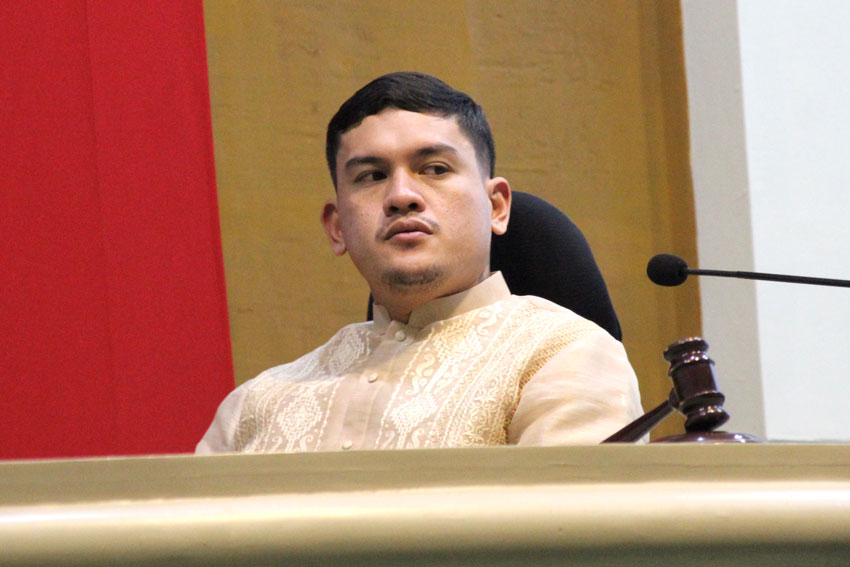 “Og mayor ka, Baste, kung di ka kabalo mopatay, pagsugod na, pagtuon na karung gabii, kay ang mayor kung di mopatay, mahadlok mopatay, may problema jud mo, (If you want to be mayor, Baste, if you don’t know how to kill, learn to kill, start learning tonight. If a mayor doesn’t kill, is afraid to do it, then you have a problem)” he said.

The elder Duterte discussed his usual topic in speeches about drugs and criminality in the country. He said he expects these problems will confront the next mayor.

“May problema ang Pilipinas ug mobalik gyud ang droga. Ambot na lang kung unsaon kay ako mo-retire na gyud ko” (The Philippines has a problem and the drug problem will return. I don’t know how this will be dealt with when I retire), Duterte said.

Baste, who was on stage, managed a smirk when he heard his father’s words.

Duterte went on with his speech attacking his critics such as ABS-CBN which was denied a renewed license by his allies in Congress. He also ripped the International Criminal Court which is probing his war on drugs for massive human rights violations on the killing of suspects.

Duterte thanked the public for electing him in public office since 1988 to eventually becoming the country’s head of state.

“Pila na ka henerasyon ang pagserbisyo, di nako matugkad, nagpasalamat jud ko ninyo, kinsa ma’y nagtuo nga modagan ko pagka-presidente? (After generations of service, I cannot fathom it. I am thankful to all of you. Who would have thought I had ran for the presidency?)” he said. (davaotoday.com)