‘I will husband it’: Duterte hopeful that House will pass BBL 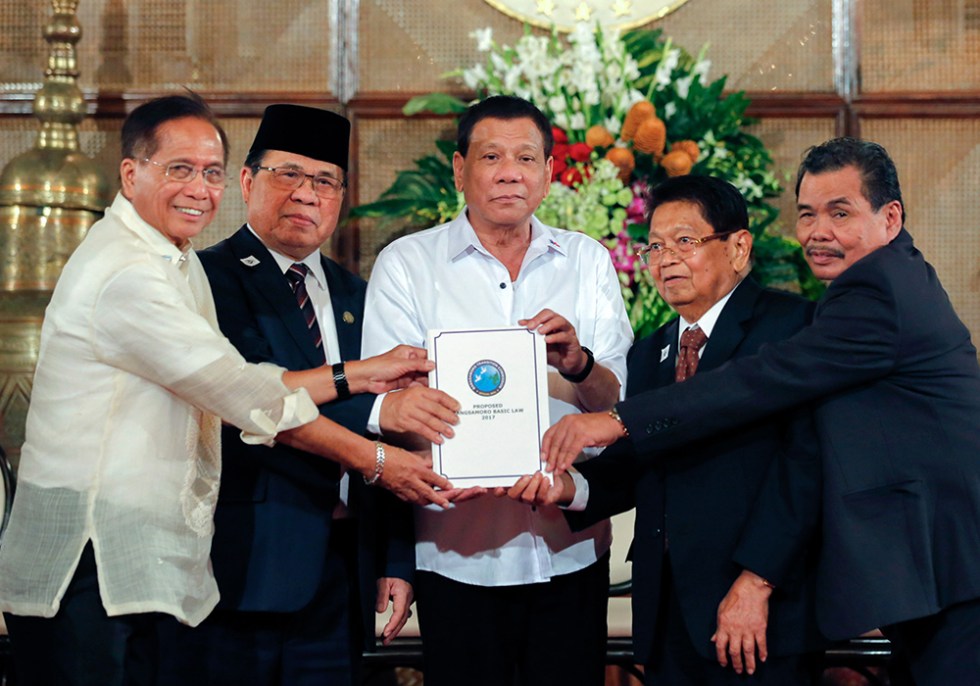 DAVAO CITY, Philippines—“I will husband it.”

This was the statement made by President Rodrigo Duterte referring to the proposed Bangsamoro Basic Law, reiterating his full unwavering support until such time that it is passed by Congress.

“I hope the BBL would pass Congress. I will husband it,” Duterte said in a media interview at the 55th anniversary celebration of Metrobank in Taguig City.

Supporters of the BBL claim that it will usher long lasting peace and prosperity in the country.

The new BBL reflects the “diversity of interests” of the Bangsamoro and non-Bangsamoro people while it defines the basic structure of the envisioned Bangsamoro state in Mindanao.

“And I’m trying to convince everybody that it is for our own — to our national interest that we start changing the unitary type into a federal type,” Duterte said.

He further attributed the “unequal sharing” of wealth in the country may have inspired some individuals or groups to take arms against the government.

“[People from]Visayas and Mindanao for the longest time, an equal sharing of the wealth of the nation, the taxes and all. Kaya mga probinsiya and that’s why some of them are rebellious,” the tough-talking chief executive said.

But the Moro Islamic Liberation Front hit out the government for “non-compliance” after it found out that BBL was not among the Duterte administration’s priority bill during last week’s Legislative-Executive Development Advisory Council meeting.

“In fact, the new proposed Bangsamoro Basic Law (BBL) is now more inclusive, being a product of a Commission whose composition also reflects the widest inclusivity of all important stakeholders in the prospective Bangsamoro,” Jaafar said, who is also the chairman of the Bangsamoro Transition Commission, in his speech on July 17, during the submission of the draft BBL. (davaotoday.com)