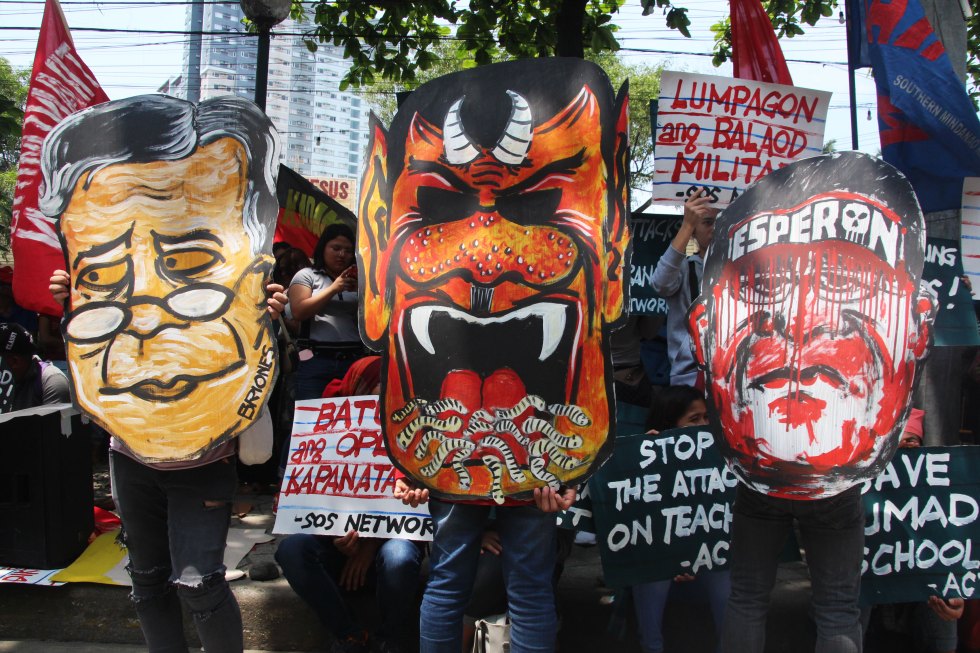 DAVAO CITY, Philippines – Members of progressive organizations led by Bagong Alyansang Makabayan hold a protest action at the Freedom Park on Saturday (Sept. 21) as they commemorate the 47th anniversary of Martial Law and call for an end of President Rodrigo Duterte’s Martial Law declaration in Mindanao.

“The people should never forget the country’s dark times, when it was under the dictatorship of (Ferdinand) Marcos, where people bore the brunt of State repression and different forms of abuses,” said Carlo Olalo, secretary general of Kilusang Mayo Uno-Southern Mindanao Region. 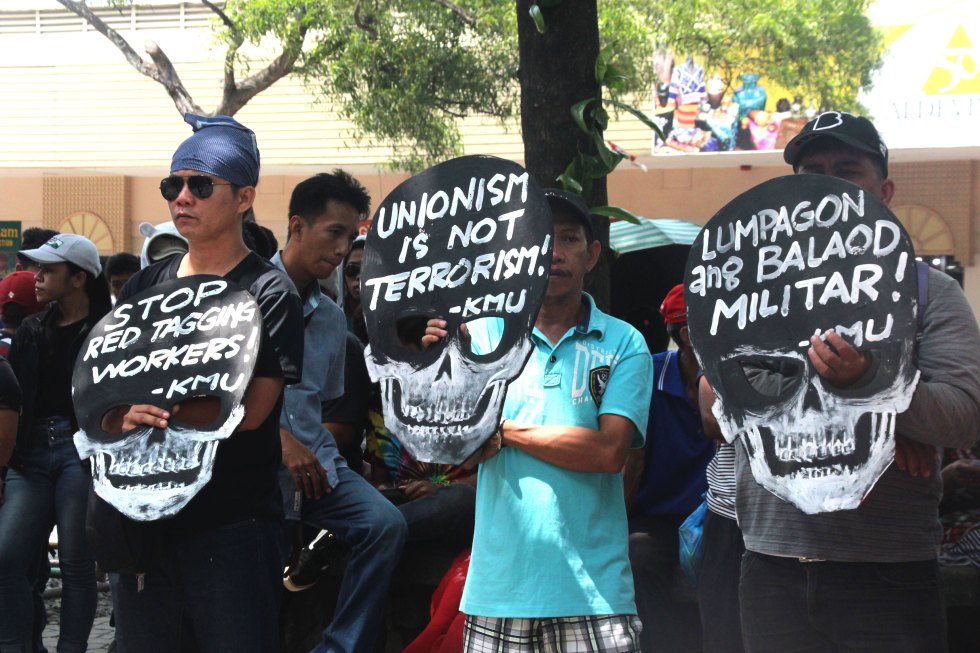 Olalo criticized how the Marcos family slowly regains its political power under the Duterte administration, nearly 50 years after Marcos placed the Philippines under Martial Law in 1972.

He said, like Marcos, President Duterte is under the influence of imperialist countries, including the United States and China.

He also decried the spate of killings and harassment against political activists and rights advocates across the country.

“The government continues to consider the people who fight for their rights as criminals, terrorists or communists,” Olalo said, adding that such attacks further intensified in 2017, after Mindanao was placed under Martial Law. 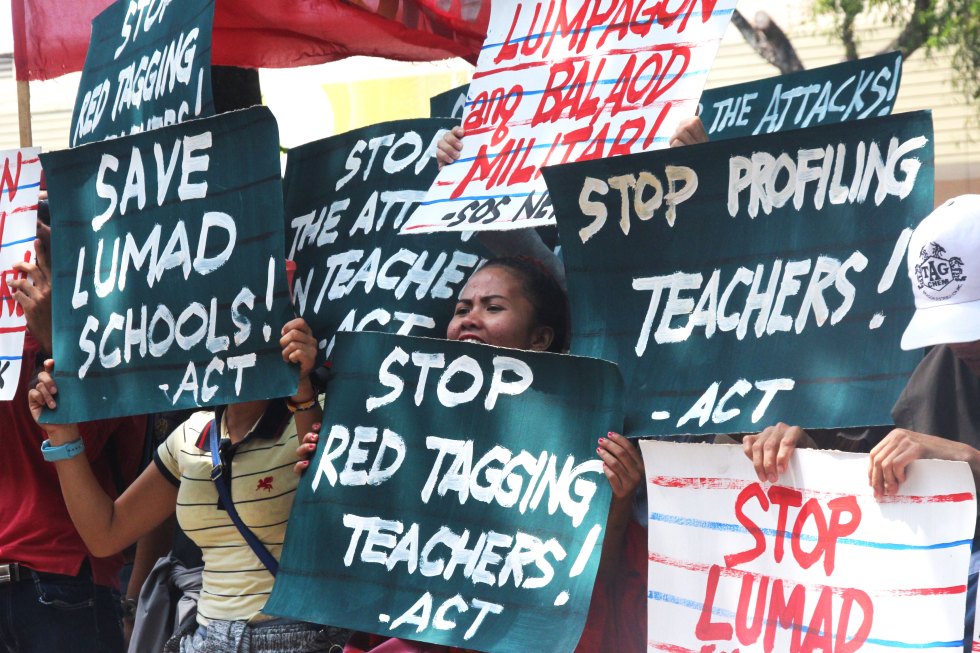 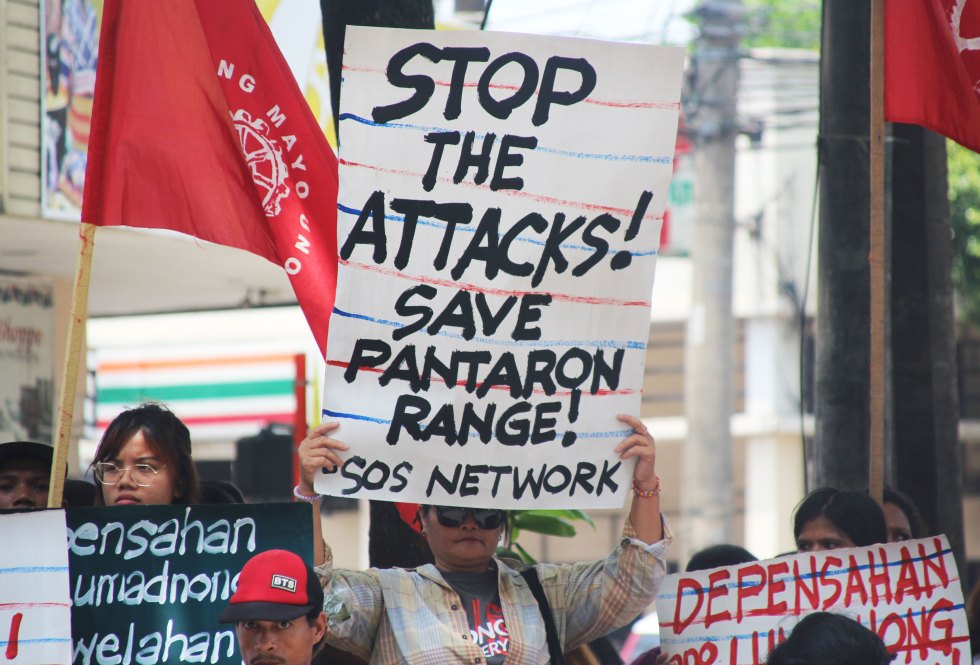 Olalo lamented that Lumad schools in Mindanao are continuously linked to the Communist movement even when they only provide free education to Indigenous communities. Several of these schools were currently suspended due to “unfounded accusations” that they teach students to rise against the government.

Other Lumad schools were forcibly closed as soldiers and paramilitary forces harass students and teachers, and the community is heavily militarized. 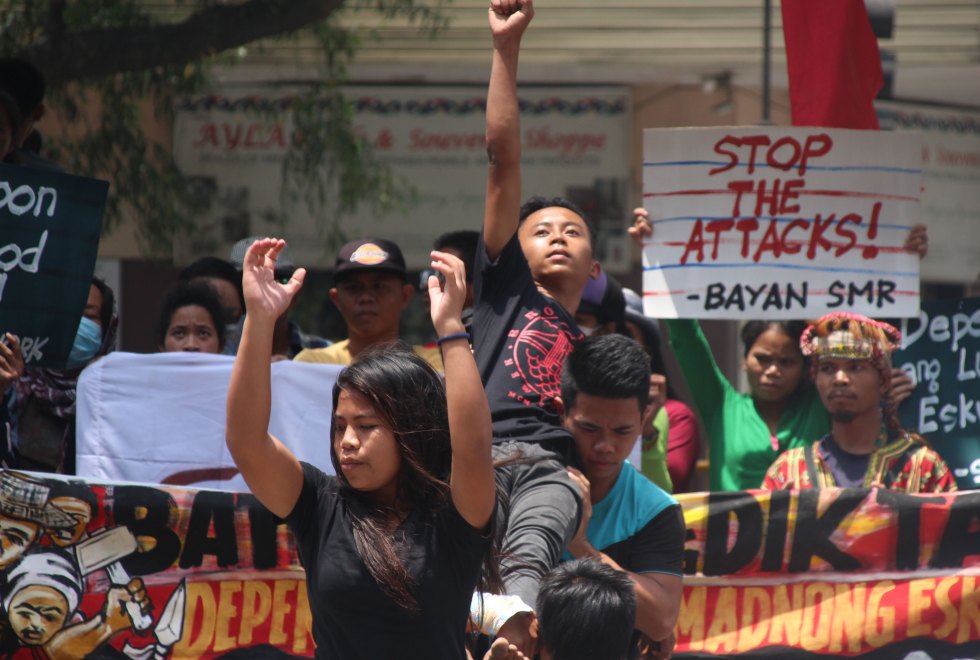 Olalo said that unless President Duterte listens to the demands of the Filipinos, he will face the same fate of Marcos; there would be large protest actions which could eventually lead to his ouster. (davaotoday.com)