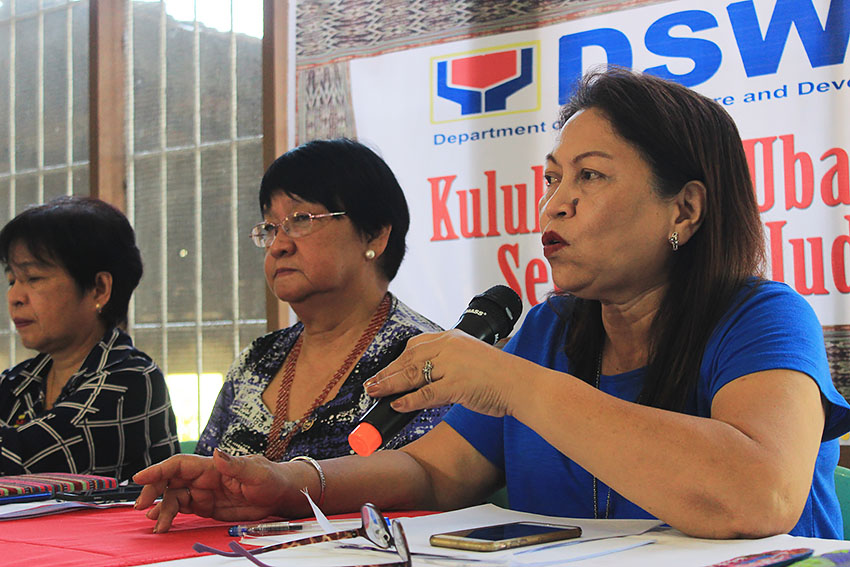 DAVAO CITY, Philippines—A total of 82,532 indigent senior citizens received a P500 per month pension from the Department of Social Welfare and Development since 2011 in Davao region, according to the agency’s accomplishment report for 2016.

DSWD 11 Regional Director Mercedita Jabagat said the pension fund has been transferred already to the local government units across the country.

“We already transferred to municipalities and cities social welfare office, the fund to payout our indigent senior citizens,” she said.

Jabagat said the payout for the indigent senior citizens will be given every quarter.

“Our schedule of payment is every quarter, so a senior citizen receives a P1,500 per pay out,” she said.

In Davao, Jabagat said that a tota ofl 20,287 indigent senior citizens have yet to receive their pension since it will be the DSWD 11 that would release the fund, pointing out that the agency and the city government have yet to finalize the Memorandum of Agreement.

Jabagat said  the agency has proposed for an increase of P1,000, saying the present P500 pension is insufficient.

“We already proposed but it is subject to the availability of funds which only  Congress can mandate,” she said.

The regional director said that senior citizens who are aged 60 years old can already apply for DSWD pension.

“Last year, we lower down the qualified age to senior citizens but we cannot cater all since we only have a limited fund for this program,” she said.

She added that qualification of the senior citizens will be based from the recommendation and validation of the local government unit’s social welfare office.

Jabagat clarified that the pension payout is different from the Pantawid Pamilyang Pilipino Program.  “It will not double the 4P’s and pension payout unless the indigent senior citizen is the designated guardians of his/her grandchildren,” she said.

Jabagat said indigent senior citizens should apply at the CSSDO office with their senior citizen identification, picture and birth certificate.

Out of 277 community development projects in 375 barangays within Davao region, DSWD completed 61 projects, while their 2,095-day care centers catered 106,136 preschool students which are also beneficiaries of supplementary feeding program.

As of 2017, Jabagat said they already released the first pay out this February, the next payout for the pension will be on April. The agency now has a P41 million budget for this year. (davaotoday.com)