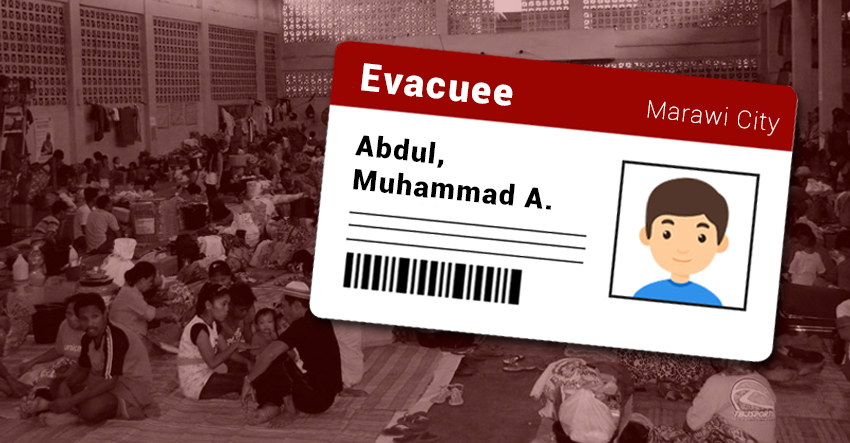 CAGAYAN DE ORO CITY – Civilians displaced by the siege in Marawi City have expressed their opposition to the plan of the government to implement an identification (ID) system to the evacuees calling it a discrimination and a violation of their human rights.

“The victims have suffered five months cramped in evacuation centers and their only wish is to immediately return to their homes and salvage what was left of their properties,” said Tindeg Ranao in a statement.

Tindeg Ranao is a group of Maranao residents who fled their homes in Marawi following the fighting between the government troops and a band of extremists in their hometown.

The civilians have been staying in evacuation centers for five months since the conflict started in May 23.

The group said that the issuance of IDs through the village chairpersons “will further be politicized and might ostracize families who were not supportive of the IDPs’ current leaders and critical of President Rodrigo Duterte’s declaration of Martial Law since (it) will still be imposed alongside the rehabilitation of Marawi City.”

Tindeg Ranao said the ID system that will be imposed by the government to the evacuees is discriminatory, with semblance to previous policies under the “war on terror” that in the past targeted Moro communities tagged as havens of local terrorists such as Sulu, Maguindanao and even Moro communities in Metro Manila.

“(The ID system) differentiates Moro from the rest of the communities and Marawi City from the rest of the country,” the group said.
The identification scheme, Tindeg Ranan spokesperson Aida Ibrahim said, will only further the marginalization of the Moros by treating them differently as if they are not part of the Filipino people.

“It will also constitutionalize the already existing discrimination and stigma about the Muslims in our country portrayed as violent people or terrorist where in fact we are only victims of systemic discrimination,” she said.

This perceived prejudiced towards the Moro people, she added, is the reason why they continue to fight for the genuine autonomy and right to self-determination, “because the government has been treating us differently.”

“Clearly, this is an act of insult by adding salt to the injury,” she said.

Tindeg Ranao also reiterated its call for the immediate return of evacuees to their homes and for the government to provide a rehabilitation program that is reflective of their original communities, sensitive to their cultural and religious beliefs, and of their rights as residents of the Islamic City of Marawi.

For his part, Drieza Lininding, chairperson of the Moro Consensus Group, thinks that while he is not objecting to the proposal, it may not be necessary and practical for the displaced Maranaos to obtain new ID card as their access pass to return to their respective villages in Marawi.

“They can use their existing IDs which are still valid, instead of getting new one,” Lininding said in a phone interview Tuesday.

Those who have no identification cards, especially government-issued ones, can avail of ID through various agencies, he said.

By requiring the evacuees to secure new ID, he said, this will limit the movement of the community members in the newly liberated Marawi. (davaotoday.com)