‘Ocampo, Castro, Talaingod 18 release in accord with rule of law’ 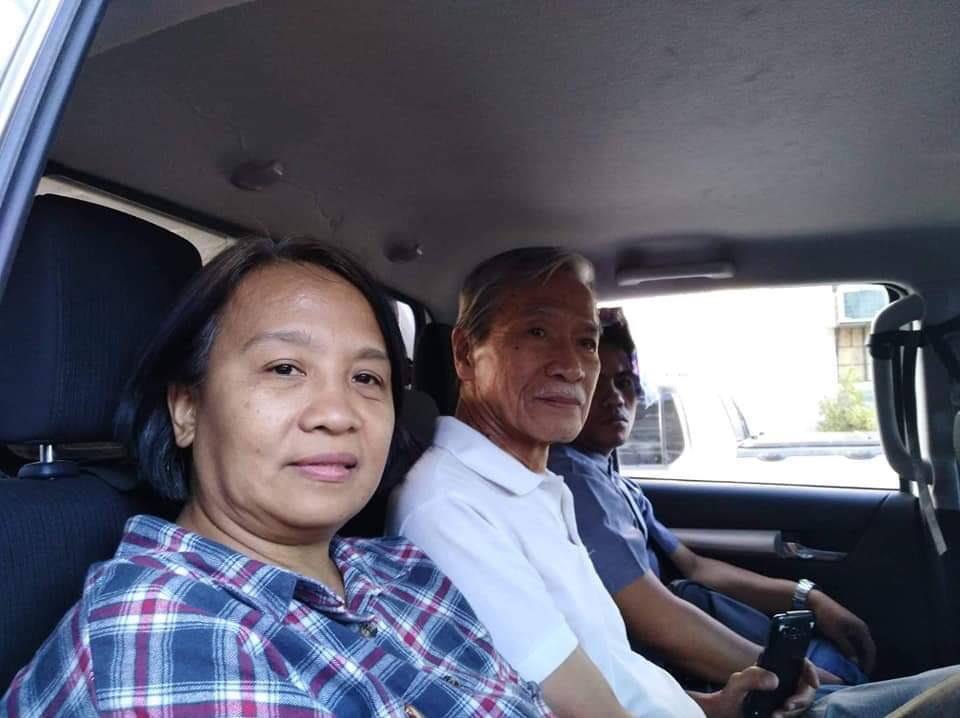 DAVAO CITY, Philippines – Other Salugpungan schools operating are now in fear of being forcibly closed by paramilitary groups and military, like what happened to its campus in Talaingod, that later led to the arrest of Talaingod 18 including former Bayan Muna representative Satur Ocampo and ACT Teachers partylist Rep. France Castro.

Meggie Nolasco, executive director of Salugpungan Ta Tanu Igkanogon Community Learning Center, in an earlier press conference clarified that 54 Salugpungan campuses including the one in Talaingod, are legitimate and have permits to operate given by the Department of Education(DepEd)

They called on government agencies to respect and uphold the permit given to the school to continue to give free education to the lumad children.

“Until there are [children] who are in need of the service [for free education], the call to uphold the right to education and the legitimacy of organizations Salugpungan will still be there to help children who aspire to be educated.”

Nolasco said that other Salugpungan schools in other areas are having a hard time in continuing its operation for fear of what happened to their school in Dulyan and Nasilaban, both in Talaingod.

Nolasco also called for an end to Martial law in Mindanao, saying that the harassments and other human rights violations against lumad schools escalated after it was declared.

“Martial law impedes the right of the children to a peaceful community and to basic services like education” Nolasco said.

Member tribal leaders and elders of Mindanao Indigenous Peoples Council of Elders and Leaders (MIPCEL) convened in an “emergency meeting” on December 3 in a mall here in Davao to “discuss the arrest of Ocampo and Castro.”Joining them is Datu Guibang Apoga, founding leader of Salugpungan Ta Tanu Igkanogon, who was declared by the military “to have surrendered.”

There, tribal leaders signed a resolution “condemning the violations on the IP rights and infiltration of the CPP/NPA/NDF within the IP ancestral domain in Mindanao and most especially the recent child trafficking, kidnapping and exploitation of the 14 ip minors in the municipality of Talaingod, Davao del Norte.”

But according to Save our Schools Network, paramilitary group ALAMARA and the 56th Infantry Battalion forcefully closed the Salugpungan school in Sitio Dulyan, Talaingod.The group said that Alamara and the military “consistently harassed teachers, students and leaders” since October, prompting them to evacuate in fear last November 28.

The group waited and fetched the students and teachers who evacuated in Barangay Palma Gil, before they were intercepted in a checkpoint set up by PNP-Talaingod and 56th IB in Sto. Nino.The group called as Talaingod 18 was arrested and later “charged with kidnapping and child trafficking.”

Stated in the resolution, the MIPCEL also “vehemently condemned the early release” of Ocampo and Castro “while the investigation is still ongoing.”

But for Atty. Joel Mahinay, lawyer of Talaingod 18, the rule of law must be observed and that legal procedures were followed in the release of the group of Ocampo and Castro, who posted bail and was released on November 30, Saturday.

“As their constitutional right, the court granted the release of the group of Ocampo,” said Mahinay, who admitted he did not expect the release to be rough sailing as the police insisted to have the group continually detained.

In the supplemental order issued by Judge Arlene Palabrica, the court clarified that there is still no case in court, and “as respondents are still presumed innocent and no information have been filed against them, their supreme right to liberty must be upheld.”

Mahinay said the trumped up charges against Ocampo, Castro and others are ‘weak’ and he’s confident that it will eventually be junked by the court.

PASAKA Confederation of Lumad Organizations also denounced the “instrumentalization” of the Talaingod Tribal Council in filing charges against the Talaingod 18.

“These so-called ‘tribal leaders’ are known not to stand for the rights of their fellow lumad, especially those in the poorest highland communities, but rather support state and corporate interests in Pantaron Mountain Range” PASAKA said in a statement. (davaotoday.com)