Over 5,000 security personnel to secure Davao on Undas 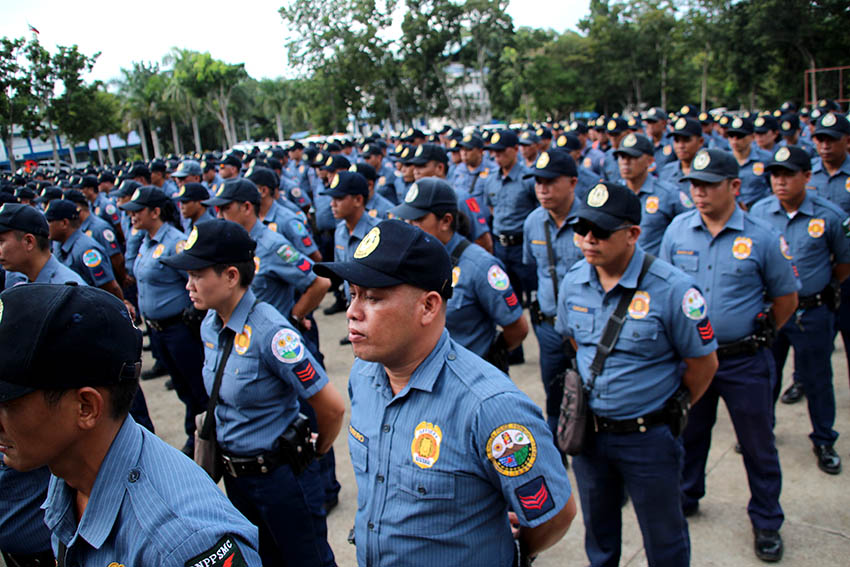 DAVAO CITY, Philippines – ​Some 5,691 law enforcers will be deployed in the city to secure the observance of the All Saints’ Day and All Souls’ Day next week.

“We are anticipating that with the influx of people, we need to beef up our forces to control and secure places,” he said.

Sumagaysay ​said the police has prepared reserved units in back the security around the 58 cemeteries and security controls points and assistance desks would be put up there. Sea ports, terminals, and entry points in the city would be monitored.

Aiza Yusoph, manager of Davao City Overland Transport Terminal (DCOTT) said they are expecting about 60,000 to 70,000 passengers per day starting on the weekend.

​Last week, an increase of passenger traffic has been observed already, with as many as 800 bus trips daily.
“I’m expecting more or less 1,000 bus trips starting on the weekend,” she said.

Yusoph assured that the number of ​northbound and southbound buses will be enough to cater all of the expected number of passengers since the 14 bus operators in the city committed and vowed to utilize reserved vehicles in cases of shortage.

​Davao City police chief, Senior Superintendent Alexander Tagum stressed that they continue to be on double alert and will deploy forces including tourist police to ensure the safety of the riding public.
Bringing of any bladed objects, deadly weapons and firearms, and endangered species (animals and plants) without permit to carry from authorized agencies are prohibited and will be subject for confiscation.

The City Transport and Traffic Management Office (CTTMO) called on the motorists to follow the re-routing scheme and respect traffic rules. CTTMO’s traffic road maps for Undas were posted on the city government’s Facebook page yesterday for the public’s reference.

About 300 traffic personnel will be installed on November 1 and November 2. (davaotoday.com)