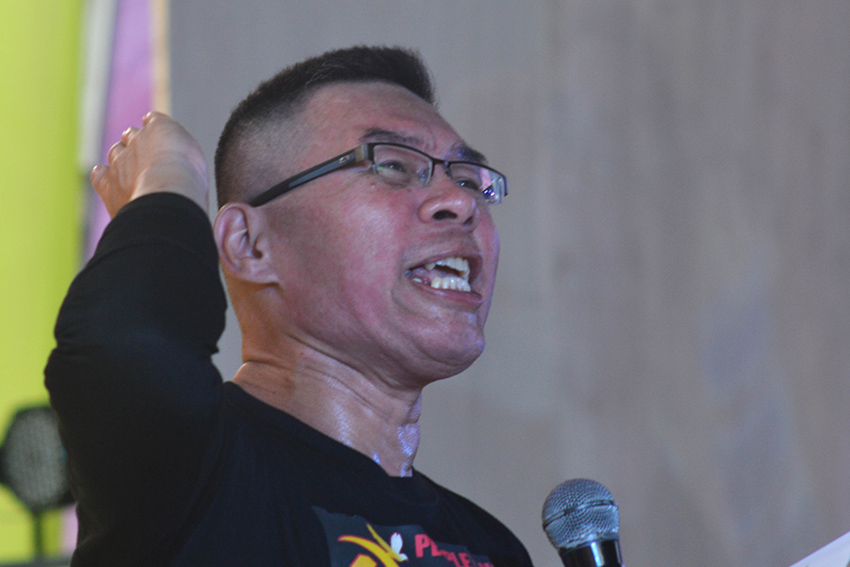 Ka Joaquin, a Red fighter, said that both military and paramilitary troops are still being deployed in the communities to conduct counter-revolutionary operations. (Medel V. Hernani/davaotoday.com)

DAVAO CITY, Philippines — The New People’s Army, armed wing of the Communist Party of the Philippines, said  communities across the country are clamoring to end the truce with government because the military continued to commit violations of the ceasefire declaration.

Ka Joaquin, a Red fighter, said that both military and paramilitary troops are still being deployed in the communities to conduct counter-revolutionary operations.

“In Mindanao, the Duterte administration could not deny the fact that military forces are still conducting counter-insurgency operations in communities known to be stronghold of the communist rebels,” he said.

The counter-insurgency operation that Ka Joaquin was referring to is the AFP’s Internal Peace and Security Plan, better known as “Oplan Bayanihan.”

The brains behind the Oplan Bayanihan was then Armed Forces chief of staff General Emmanuel Bautista aimed at ending the nearly 50 years rebellion of the New People’s Army.

“The COPDs, for instance, and the AFP’s Peace and Development Outreach program are legitimate operations because once they are in the communities, the people felt the culture of fear, and harassment as the military are targeting individuals perceived to be supporters of the Left,” he pointed out.

Connie Ledesma, a member of the National Democratic Front of the Philippines peace panel, said that due to AFP’s continued violation of the ceasefire agreement, people are clamoring to end the truce.

“The people are asking us to end the ceasefire agreement because of the military’s gross human rights violations,” Ledesma said.

Contrary to the government’s claim that the unilateral ceasefire agreements of both NDFP and the GRP were the longest to be implemented in the history of peace talks, the NDFP, on the other hand, pointed out that scores of violations have been documented in the communities where military troops were heavily deployed.

“If you read newspapers, the GRP is boasting that the ceasefire agreement is the longest ceasefire in the history of peace talks. But we are saying that there are many violations,” Ledesma said.

She also pointed out that military troops occupying schools, community centers are an outright violation of the Comprehensive Agreement on Human Rights and International Humanitarian Law.

Signed at The Hague on March 14,1998, then-Chair of the NDF Peace Panel Luis G. Jalandoni said  the agreement is “founded on the interests, aspirations and concrete situation of the Filipino people, especially the workers, peasants, urban poor, women, fisherfolk, national minorities and other struggling sectors of Philippine society.” (davaotoday.com)