PRO 11 spokesman: ‘We are not perfect’ 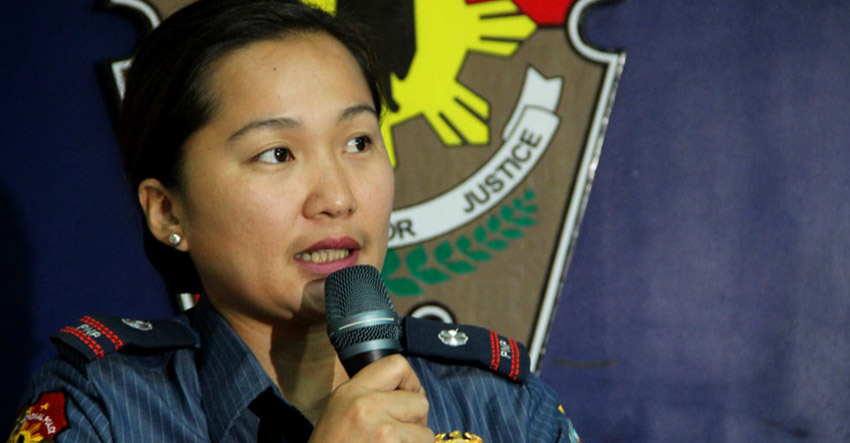 DAVAO CITY — The Police Regional Office 11 vowed to go after rogue cops in the region following the dissolving of all anti-illegal drug units upon the order of national police chief Ronald Dela Rosa.

In a phone interview, Police Chief Inspector Andrea Dela Cerna, spokesperson of PRO 11 said the order puts a stop to all drug-related operations, including raids, buy-bust, and serving of warrant versus illegal drugs.

“We will follow the instructions of the Chief PNP (Dela Rosa) and the President,” Dela Cerna told Davao Today.

Dela Rosa announced on Monday the stopping of anti-illegal drug operations to focus on the “internal cleansing” within the police rank.

Late Sunday night, President Rodrigo Duterte announced the dismantling of anti-illegal drug units of the PNP after police officers figured in the killing of South Korean businessman Jee Ick Joo who was found to be murdered inside the PNP’s headquarters in Camp Crame.

Dela Cerna said the police organization is not perfect, admitting that there is a need to cleanse the rank of the PNP.

“Kailangan linisin rin muna natin ang ating bakuran. Kailangan matanggal ang mga kabaro na di maiiwaasan na kinain ng sistema (We need also to clean our own ranks. We need to remove those who may have been swallowed by the system),” she said.

“We are not a perfect organization, but we are trying our best to clean our ranks,” Dela Cerna added.

Dela Cerna said there were police officers who turned out positive of illegal drug use during their mandatory drug test last year even before Duterte swore in as President.

“By June we have conducted surprised random drug tests and those who turned out positive were charged,” she said.

“Last January 21, the police conducted an operation in Mati City and unfortunately, there was a policeman who was caught in the act during a pot-session,” she said.

“We will never tolerate, we will never condone this kind of scalawags or erring police officers. Kahit kabaro po natin yan, basta’t sila’y lumabag sa batas they will face the full force of the law,” she said.

Dela Cerna said they are vowed to cleanse the police rank to regain the public’s trust.

“Ang gagawin natin linisin muna natin lahat bago natin linisin ang ating community. Ayaw natin mapahiya. We will do our best to regain the trust and confidence of our public,” she said.

Meanwhile,  Dela Cerna said they have not yet received any report of police officers in the region who were implicated in other criminal activities.

For his part, Phelim Kine, deputy director for Asia of the Human Rights Watch warned that more Filipinos are at risk of unlawful killing as President Duterte announced the extension of the anti-drug war until the end of his term.

Kine also described Dela Rosa’s suspension of the anti-illegal drug operations as “nothing less than an empty public relations gesture unless he seeks meaningful accountability for the more than 7,000 Filipinos killed in President Rodrigo Duterte’s abusive “war on drugs” since July 1.”

“But Dela Rosa has made clear that he has no interest in accountability for those deaths – his stated priority is to purge police ranks of personnel involved in the drug trade. Dela Rosa’s announcement is a cynical triumph of form over substance because it reaffirms that he has no interest in a meaningful probe into the circumstances of the police killings of 2,546 suspected drug users and drug dealers since July 1,” Kine said.

He said Dela Rosa also made no mention of the the 3,603 killings by “unidentified gunmen” since July 1 despite allegations of death squads from the PNP ranks are involved in the killings.

“His willful blind-eye to those deaths constitutes a disgraceful betrayal of the public trust and is a telling indicator of his personal contempt for rule of law and the right to life of his fellow citizens,” Kine said. (davaotoday.com)