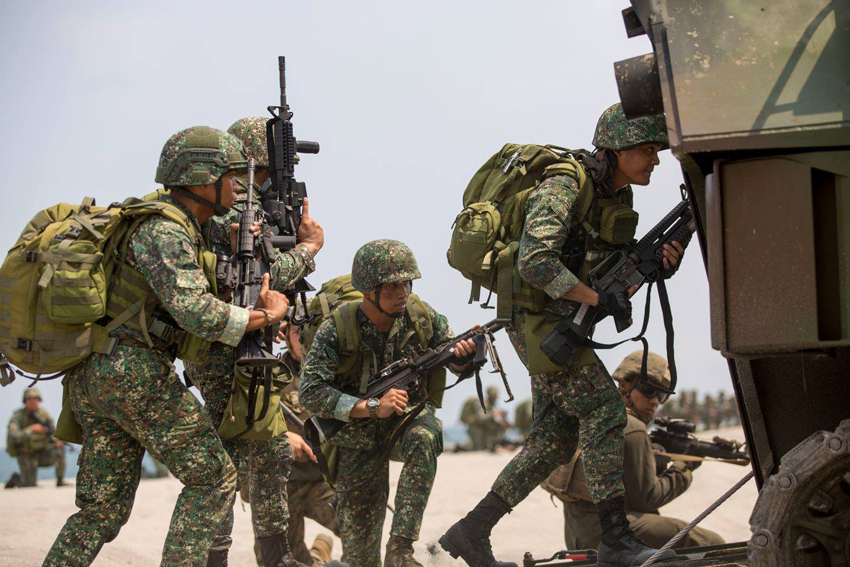 DAVAO CITY, Philippines – The on-going military exercises of US and Philippine forces bear no advantages for the government against the continuing aggression of China into the country’s territories, particularly at the West Philippine Sea (WPS).

This was raised by Anakpawis party list Representative Ariel Casilao as he denounced the latest US-PH Balikatan war games that opened earlier this week.

Casilao said such exercises “are already proven useless to develop the country’s capacity to defend against foreign aggressors, especially China and it’s intensified built up of military power in the WPS “.

“The country held almost countless military exercises with the US military forces, but we ended being our territories under foreign control, it is enough indication that it is useless for the Filipino people,” Casilao said in a statement he issued on Thursday.

He also scored the exclusion of the Philippines to the seemingly “closed” agenda between the US and China despite the presence of the Mutual Defense Treaty (MDT).

“There is already the US, then Australia and Japan, with China in the West Philippine Sea, this is already an expression of a failing state losing control of its territory,” the Makabayan solon said.

Casilao also criticised President Rodrigo Duterte’s statement of not taking sides with China or US over the missile installation issue in WPS, an inaction that expresses “utter declaration of not taking the side of our country as a sovereign nation who is supposedly enjoying the right to self-determination, free from foreign intervention.“

Duterte, he added, should declare the throwing out of military forces both of US and China from the country.

Casilao also disagreed with presidential spokesperson Harry Roque who previously pronounced that China does not see the country as a threat.

“Nothing good will come out from military exercises with the US, nor from the continuing feebleness against Chinese snatching of Philippine territories, the president should assert national sovereignty and freedom from foreign intervention and aggression,” he added.

An independent foreign policy is what the people are demanding, Casilao pointed out, as he also called for the scrapping of the Visiting Forces Agreement (VFA), the Mutual Defense Treaty (MDT), the Enhanced Defense Cooperation Agreement (EDCA), and other onerous military agreement with the US.

He also called on the government to assert the nation’s rights against Chinese incursion at the WPS.

“We should breakout on the dichotomy that if we oppose US foreign military intervention, we are siding with China, and vice-versa, we call on Filipinos to stand up for Philippine national sovereignty, and our right to self-determination involving our territories, and not rely on a foreign power, whose vested interests are detrimental to the people,” Casilao said. (davaotoday.com)