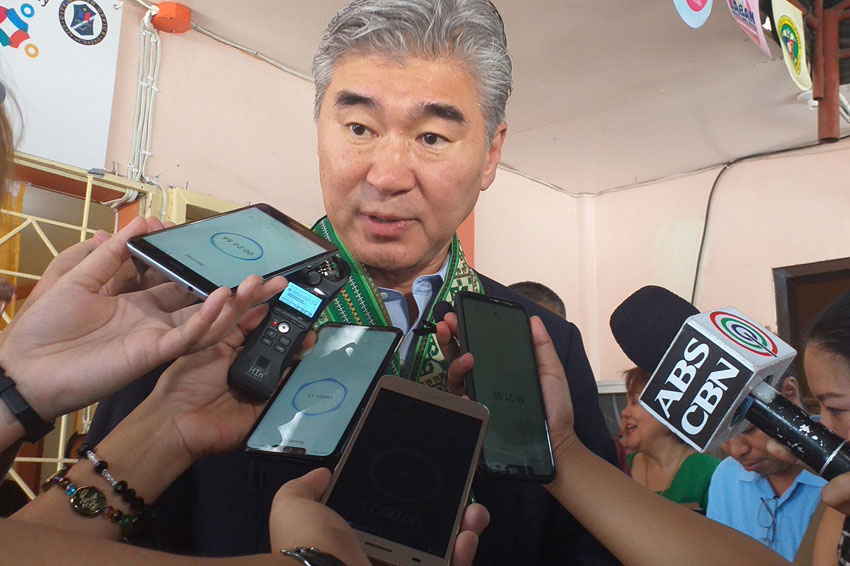 DAVAO CITY, Philippines – United States Ambassador to the Philippines wants a full investigation of Chinese ship ramming the Filipino boat F/B GEMVIR1 at the disputed waters that endangered the lives of its 22-man Filipino crew.

Speaking to the media in his visit to a private hospital in the city on Tuesday, US Ambassador to the Philippines Sung Yong Kim said there is a need for a full investigation on what happened at the West Philippine Sea and held liable whoever was responsible to the said incident.

Kim described the incident as a reminder of the importance of “developing a meaningful code of conduct” that he said, the US government is supporting over the years.

“This is also a reminder of the importance of responsible maritime activities that is consistent with the international laws and practices,” he added.

Last June 9, a Chinese vessel rammed and sunk an anchored Filipino boat at Recto Bank that endangered the lives of its 22 crew members who were left in an open sea. They were later rescued by Vietnamese fishermen.

China has denied the claim of the Filipino crew members and insisted that the Chinese vessel was besieged by more or less 8 Filipino boats as they tried to help the crewmembers of the sinking F/B GEMVIR1.

Malacañang has already summoned Chinese Ambassador Zhao Jianhua for a talk in their version of the incident. There is also a plan to invite the Chinese crew for a discussion on the collision incident.

President Rodrigo Duterte already broke his silence on the incident saying that the case was a “maritime incident.”