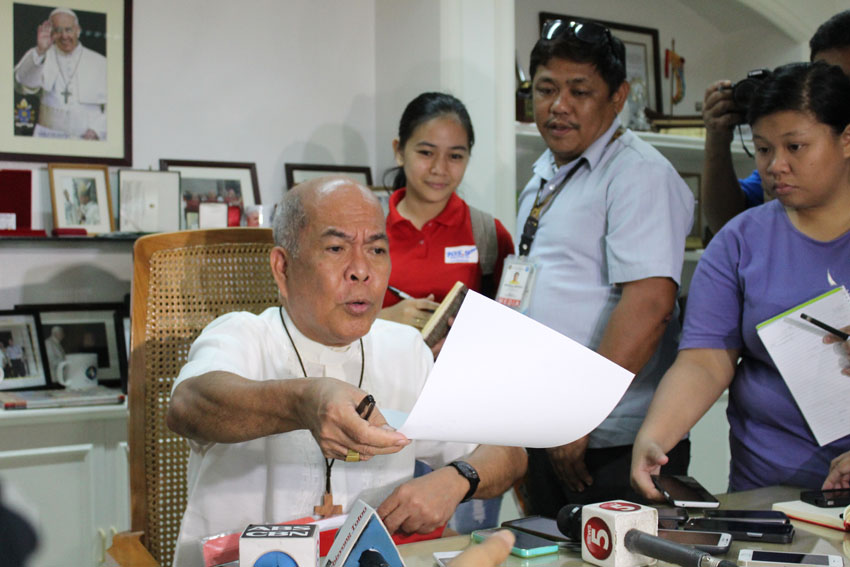 In a press conference on Monday, April 4 Valles read: “His Holiness Pope Francis has received your letter of 21 January 2016, and he has asked me to respond on his behalf. He appreciates the sentiments which you expressed.”

The Pope’s 2-paragraph letter was “full of verse and blessings,” describes Valles.

“The Holy Father offers the assurance of his prayers for you, as he invokes upon you the divine blessing of wisdom and peace,” last paragraph of the letter reads.

In December last year, Duterte met with Valles, Auxiliary Bishop George Rimando and Monsignor Paul Cuison who lectured him on Christian values after Duterte uttered expletives towards the Pope on the issue of traffic jam during his proclamation as a presidential candidate.

Duterte reportedly wrote a letter to the Pope, the contents of which were not disclosed to the media.

Valles also confirmed that he will vote on this upcoming election and gave some reminders to the voters.

Valles added that all candidates should be able to articulate well and present their programs for the country. He also said that he hopes there will be no violence during the elections. (davaotoday.com)