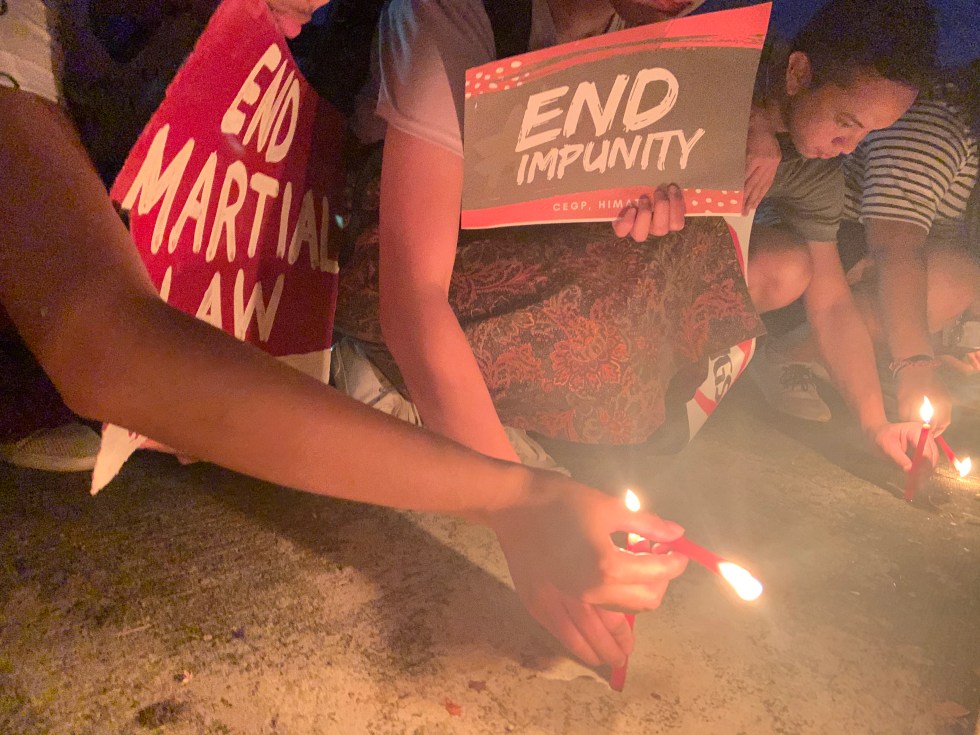 END IMPUNITY. Students of the University of the Philippines Mindanao participate in a candle lighting ceremony in remembrance of the 10th anniversary of Ampatuan Massacre wherein 58 people were killed, including 32 journalists in Ampatuan, Maguindanao. The activity seeks to give light to the continued lack of justice on the fallen as well as to condemn the continuing attacks on journalists in the Philippines. | Photo contributed by Regina Louelle Masacupan