Green space: how some councilors missed the whole point 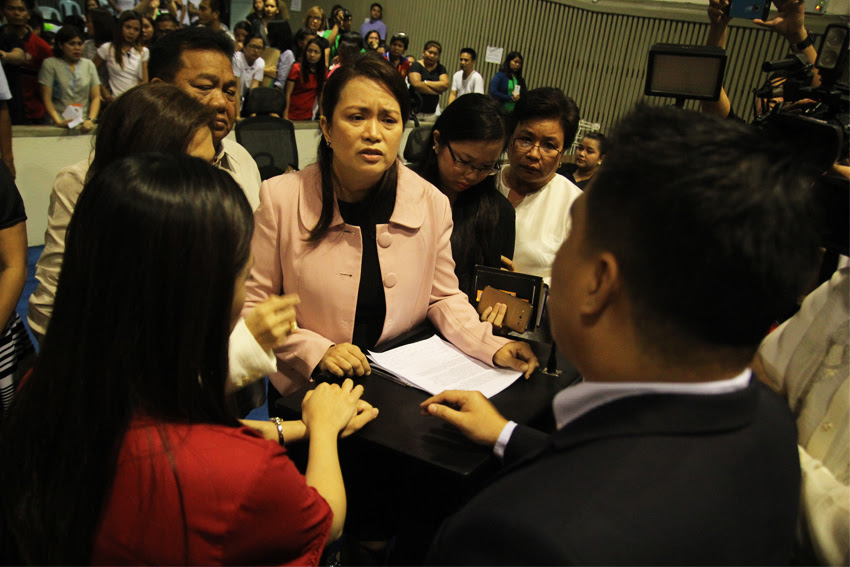 When I heard from my fellow advocates’ firsthand account of the council session on Tuesday, February 23, I began to remember their previous meetings which I witnessed myself. I could not believe how some councilors were off the point with their pronouncements during privilege hours. Whether or not there were violations in rules of session proceedings, I believe there are also proper protocols set in place to settle such. Even with that, and even outside of council sessions, I believe everyone deserves to be treated with tact and respect while debating over tough issues on the table.

As I was reflecting on what had transpired, I zeroed in on the following points: the issue on whether Councilor Mabel Acosta invited Ateneo de Davao University (ADDU) President Fr. Joel Tabora, the implication of the belligerent reactions during the closed door meeting last week and the council session on Tuesday, and the council’s lack of understanding on the 10% green space provision.

Fr. Tabora’s invitation not an issue

First, the issue isn’t about whether Councilor Mabel Acosta did or did not invite Ateneo de Davao University President Fr. Joel Tabora, S.J.which some people interpreted as her fanning the flames for environmentalists to keep on pursuing the issue of the removal of 10% Green Space from the Comprehensive Land Use Plan (2013-2022). She was merely helping the very persistent Davao residents who wanted to participate in the conversation because there was no consultation before the councilors voted to scrap the 10% green space from CLUP. If there is a need to discuss even operational definitions and procedural policies just so we can be on the same page, then so be it. Civil society only asks to keep the conversation going.

It seems now that the Vice Mayor and some councilors who themselves interpreted the lobbies of civil society as “painting people black or white”  have turned on Acosta because they realized that civil society had valid points which they cannot rebut or invalidate, which was proven by Mayor Duterte’s move when the City Legal Office advised him to veto the amendment.

Green Davao Coalition advocates never accused anyone of this. We were just trying to be heard. We were merely asserting our right to a public participation in governance . It is our right as citizens. And yes, we also lobbied to the executive office. Instead, these same councilors kept arguing back repeatedly by using weak points that were totally off the mark.

What the councilors’ belligerent reactions mean

Second, what do their belligerent reactions during the closed door meeting last week and the council session on Tuesday imply? It appears as if they felt insulted that civil society (led by environmental groups, youth groups, architects, scientists and the academe, and by no less than ADDU president Fr. Joel Tabora, S.J.) had the audacity to call them out for what they did and try to let them understand other perspectives. Instead of appreciating their constituents for being actively engaged in participatory governance, the belligerent councilors instead ganged up on Acosta, with one councilor calling her a “bully” during the council session and another calling her a “spoiled brat” in full view of the public. It added more insult to injury and clearly showed who the real bullies are, and how much they feel it is solely their privilege to decide on city matters.

They may say so otherwise, but their actions and the impression they’ve made speaks differently.

It seems some of our current leaders need to be reminded of their mandate as representatives of the people, not just representatives of people with vested economic interests. I also feel disturbed that the other councilors were too afraid to speak up and call out the very brash and insulting actions of their fellow councilors ON RECORD. Commitee on Ethics? Are you there?

Thirdly, and most disturbing of all for me is the glaring lack of understanding of these belligerent-acting leaders about the true context of why civil society is so fired up to keep the 10% green space provision in the CLUP. Remember that the civil society were actually the ones who helped the council develop its since 2012. Maintaining urban green spaces is not just about beautification or aesthetics of surroundings.It is about maintaining ecological balance.

It is about preventing disasters like that which happened last June 28, 2011 (affecting Ma-a, Matina Pangi, Matina Aplaya, Matina Crossing and Talomo Proper) from recurring. It is about maintaining physical, psychological, emotional, economic, social balance in Davao. In short, it is about the holistic well being of the residents.

It is about respect and reverence for our creator and our responsibility to take care of this vast creation including all beings in it, humans, animals, plants, even unseen elements in the air, water, land — all clearly embodied in Pope Francis’ Encyclical “Laudato Si” and various frameworks such as Neo Humanism and more significantly the Seven Dimensions of Sustainability.

It is about social justice and inclusion.

The only currently “truly green” housing projects I know of around Davao are those posh and very expensive subdivisions. We haven’t even properly implemented the 10% green requirement yet in public, low cost housing (and as environmentalists have time and again mentioned, the current provision is even smaller than those allocated by even smaller cities than Davao around Asia), so I am just at a loss at why our councilors are so bent on scrapping it?

Times like this, I really miss our green champion, council Leo Avila. I guess this is the litmus test for everyone, councilors and civil society alike to do our homework. We must keep on moving forward in dialogue with love and respect despite seeming differences in opinion or interest, and most importantly, to stay focused on our common goal of keeping our beloved Davao City liveable and sustainable. (davaotoday.com)

Four environment concerns to look out in Davao 2023

A narrow lens into transcendence: transgender students speak on discrimination on campus