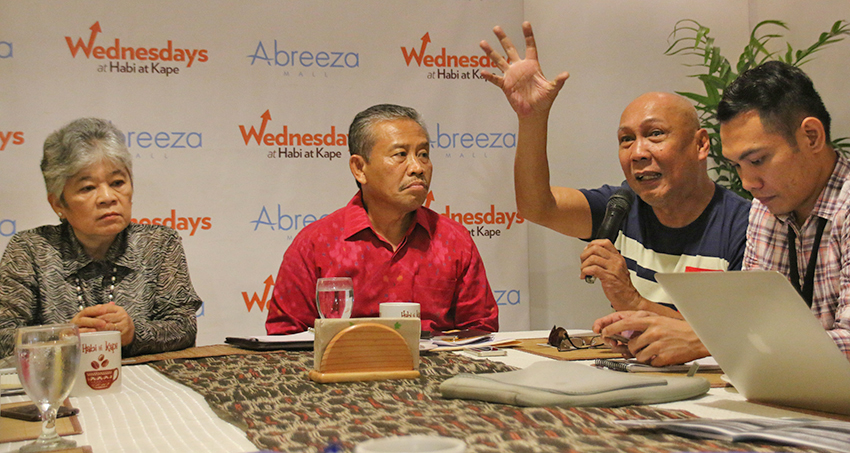 BUDAYAW FEST — Nestor Horfilla (2nd from right), overall project head of the upcoming Budayaw Festival tells reporters in a press conference at Abreeza Mall on Wednesday, Aug. 9 that more than 400 artists from member-countries of BIMP-EAGA will converge in General Santos City on September 20 to 24 for the cultural presentation. He is joined during the conference by Consul-General Berlian Napitupulu (2nd from left) of the Consulate of the Republic of Indonesia, Adelina Suemith (left), chief of the project monitoring and evaluation division of NCCA, and Jimmy Musa (right), focal person of MinDA. (Alex D. Lopez/davaotoday.com)

DAVAO CITY, Philippines – The upcoming Budayaw Festival in General Santos City is seen to highlight the rich cultures of the member-countries of BIMP-EAGA or the Brunei Darussalam, Indonesia, Malaysia, the Philippines – East Asean Growth Area.

Nestor Horfilla, the overall project head of the festival said more than 400 artists from the four member countries will converge in General Santos City to perform and share their aspects of creative expressions of their cultures. The first-ever Budayaw Festival will open on September 20 and will culminate on September 24 this year.

“We hope that the first Budayaw Festival will inspire interests, both in the public and the private sector to look into the role of culture and to promote cultural exchanges among people and artists so that we can know more of our common roots,” Horfilla told reporters during the regular Habi at Kape press conference at the Abreeza Mall on Wednesday, August 9.

He added that the festival is also designed to raise public awareness and foster people to people exchange among the member nations of BIMP-EAGA.

The term Budayaw is derived from the Bahasa word “buda” which means “festival” and the Filipino word “dayaw” or which means “celebration”.

Consul-General Berlian Napitupulu of the Consulate of the Republic of Indonesia, said the importance of the upcoming festival is its impact on the continuing efforts to further strengthen the unity among the member-nations of BIMP-EAGA.

“Culture is the common denomination and a universal tool that builds understanding. Even without speaking but through the performance of dance and music, people can understand each other,” the Consul General said.

Adelina Suemith, chief of the project monitoring and evaluation division of National Commission for Culture and Arts said the event will be a collaborative effort of various line agencies and local government units.

The agencies include the NCCA, MinDA, the Department of Tourism in Region XII and the Philippine Information Agency. 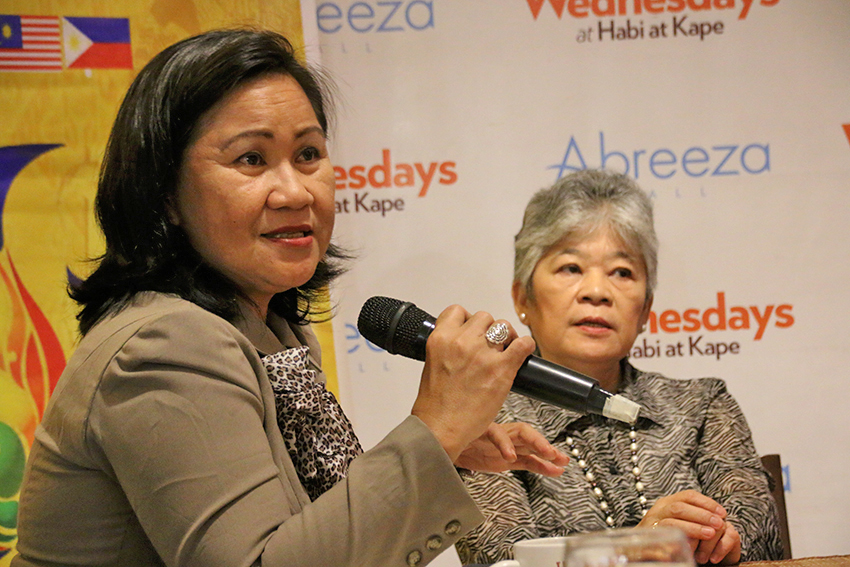 IMPACT ON TOURISM – Maria Cora Tito (left), tourism officer of General Santos, together with Adelina Suemith (right), chief of the project monitoring and evaluation division of NCCA, discusses in a press conference at Abreeza Mall in Davao City on Wednesday, Aug. 9 the impact of the upcoming Budayaw Festival to the tourism industry of General Santos and to the province of Sarangani. (Alex D. Lopez/davaotoday.com)

The LGUs involved in working for the realization of the event include the city government of General Santos, the provincial government of Sarangani and the Autonomous Region in Muslim Mindanao.

The event will be the first cultural presentation of the BIMP-EAGA since its formation, Suemith said.

She emphasized that BIMP-EAGA was then guided by programs under the pillars of development, peace, and security.

It was only in recent years that sociocultural and education aspects were added to the community’s priorities. (davaotoday.com)