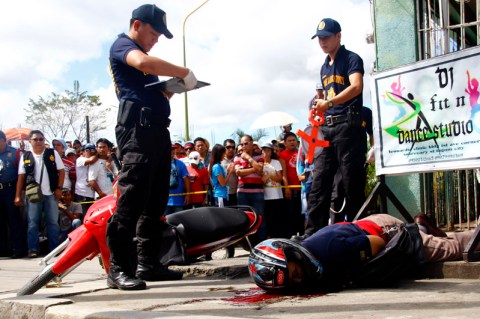 TAGUM CITY – A radio broadcaster in Tagum City was shot dead this morning by unidentified gunman.

Witnesses said Butalid was shot past 9am. No description on the perpetrator was given.

Police are still investigating the motive behind the killing of the broadcaster.

Butalid’s colleagues said that in his broadcast, he has been raising issues regarding the row between two groups contesting control of the Davao del Norte Electric Cooperative (Daneco).

Butalid, aged 42, has been in the broadcast industry since his college days as a working scholar for DXDN.  He is currently a kagawad (councilor) of Barangay Mankilam.

Butalid is the third journalist killed in the country in the past three weeks, all in Mindanao, following Joas Dignos in Valencia, Bukidnon on November 29 and Michael Milo in Tandag, Surigao del Sur on December 9. (Mart D. Sambalud, davaotoday.com)