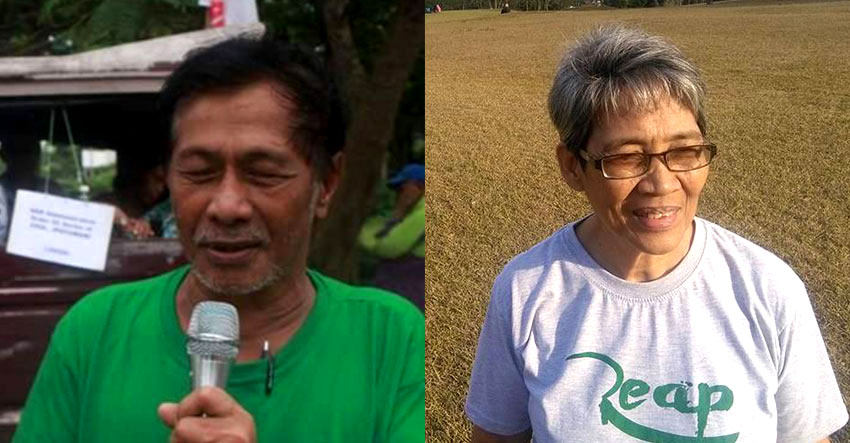 DAVAO CITY, Philippines — A meeting of farmers in Caraga region to supposedly discuss activities for the commemoration of Peasant Month was disrupted when 20 combined elements of the police and military arrested a 68-year old farmer-leader Thursday (Oct.10) at his office in Brgy. Tiniwisan, Butuan City.

Police Regional Office (PRO)-13 said Lincuna is a top leader of the New People’s Army (NPA) in the region.

But KMP-Caraga has denied the allegation saying Lincuna is a farmer-leader in the region since the 1980s. He’s been leading the campaigns of farmers and peasants like increasing the farm workers’ wages, lowering the rent of farmlands, increasing the prices of palay and copra, and ending usury, land conversion, land grabbing, and large-scale mining operations and plantations.

“His arrest is meant to cripple the peasant movement in Caraga, which persists despite the brutal Martial Law in Mindanao,” KMP-Caraga said in a statement.

The group also criticized the “inutile” Duterte government for its failure to “address the declining conditions of the country’s agriculture sector.”

“A peasant advocate and a former political prisoner, Ipong has been relentless in the advocacy for people’s rights, campaigning for the release of political prisoners and genuine agrarian reform,” Karapatan Deputy Secretary General Roneo Clamor said in statement Saturday.

Karapatan recalled that Ipong was abducted by the military in 2005, where she was subjected to sexual abuse and torture. She was only released in 2011 after charges filed against her were dismissed.

During Ipong’s time in detention on 2005, Clamor shared, she taught her fellow inmates how to grow a garden behind bars, adding she’s been a long-time activist who dedicated her life to poor peasants.

Ipong’s personality, Clamor said, is “far from the false and malicious murderer label that this desperate government forces on her.”

The same warrant was used against Antonietta Dizon, former Deputy Secretary General of the Confederation for Unity, Recognition, and Advancement of Government Employees last September 17.

Clamor linked the release of warrants against Ipong and other activists to the PNP-AFP’s Inter-Agency Committee on Legal Action (IACLA).

“These are all orchestrated in line with the policy of the government to persecute its perceived enemies,” Clamor said.

According to Karapatan, at least five activists are currently detained because of “trumped-up cases manufactured and with the complicity of issuing courts in different parts of the Caraga region.”