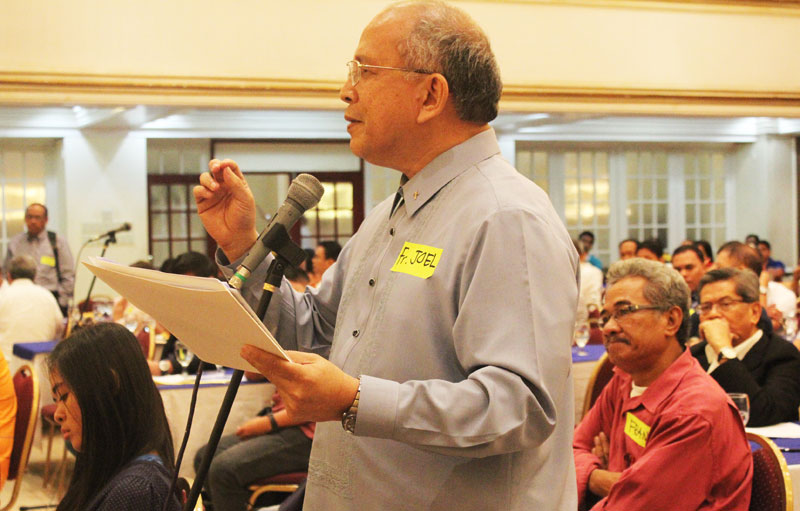 Fr. Joel Tabora said the university has been a loyal customer to Cebu Pacific for many years.  But its “manifest human failure” on Sunday, he said, only proved that the airline company does not “deserve our patronage.”

In a letter dated June 3 addressed to the airline’s management, Tabora said they are no longer purchasing tickets from Cebu Pacific in protest to its “insensitivity and ineptness” in dealing with passengers affected with the emergency Sunday evening.

Flight 5J 971 skidded off the uncemented portion of the Francisco Bangoy International Airport (FBIA) runway at about 7 PM Sunday.  It reportedly lost control after the runway light shut down while the aircraft was still negotiating the airstrip upon touch down.

Tabora said the engine caught visible fire before the plane came to a stop off runway.  He added the airline’s personnel “failed to give human assistance to the passengers” and that that there were no instructions given.

Cebu Pacific said in its official statement that a total of 165 passengers “have been safely shuttled to the airport terminal and their needs are being taken care of.”

But Tabora asked why the passengers were only allowed to leave the “smoked cabin” through emergency slides, 27 minutes after the incident.

“Twenty seven minutes however without appropriates communications is entirely too long!  What if the engine had exploded?  What if someone had choked due to the smoke?  What if there was an emergency medical situation on the plane?,” were the series of questions posted by Tabora in the letter.

Tabora said the university has been a loyal customer to Cebu Pacific for many years.  But its “manifest human failure” on Sunday, he said, only proved that the airline company does not “deserve our patronage.”

“Under these circumstances, we will generally recommend a boycott of Cebu Pacific.  You do not deserve customers,” Tabora said.

He said the incident “poses a serious threat to public safety” either it was caused by human error or mechanical failure.

Colmenares also urged Cebu Pacific to shoulder all the expenses and damages incurred of their passengers and those of other airlines who were stranded because of the incident.

The Civil Aviation Authority said the FBIA is scheduled to re-open at 8 PM Monday.  (davaotoday.com)