Duterte ‘not averse’ to resuming talks with Reds 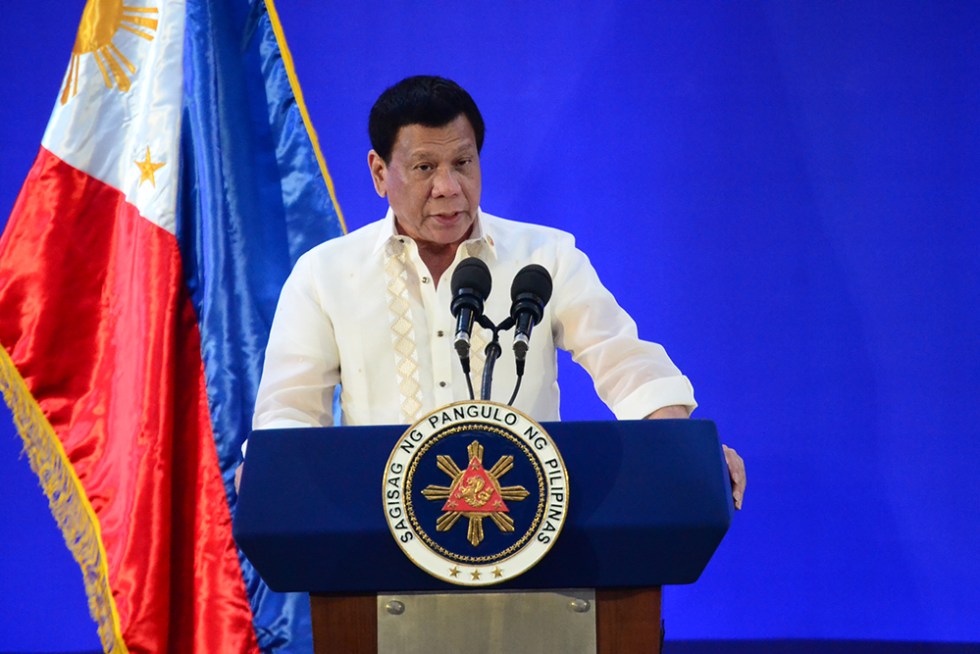 DAVAO CITY, Philippines — President Rodrigo Duterte hinted Saturday, September 16, that he is still open to resuming the formal talks with the Communists.

Speaking before reporters at the Matina Enclaves where he received the police officer released by the New People’s Army, Duterte said he is “not averse to the idea” of the resumption of peace negotiations.

“If you want to resume the talks, I am not averse to the idea, but let me sort out first the other branches of government,” the President said.

The fifth round of the formal negotiations between the government and the National Democratic Front have been stalled since May.

Duterte, who is known to speak strongly against the Communists when he ended the talks, admitted the problem will not be solved by being hot-headed. He also encouraged the revolutionary movement not to reciprocate his stubbornness.

In a far sober tone Saturday, Duterte commended the NPA gesture of “respect for the law” following the release of SPO2 George Canete Rupinta.

“It’s good that you released him, because if he died in your hands, then we would have a problem,” he said.

The 52-year-old Rupinta, who was held in captive by the NPA on June 9, had been suffering arteriosclerosis, much to his family’s worry.

Like Rupinta, Duterte noted that all the prisoners of war held captive and released by the Communist guerrillas have been treated well in accordance with the Geneva Conventions. (davaotoday.com)