Is ignorance the new sexy? 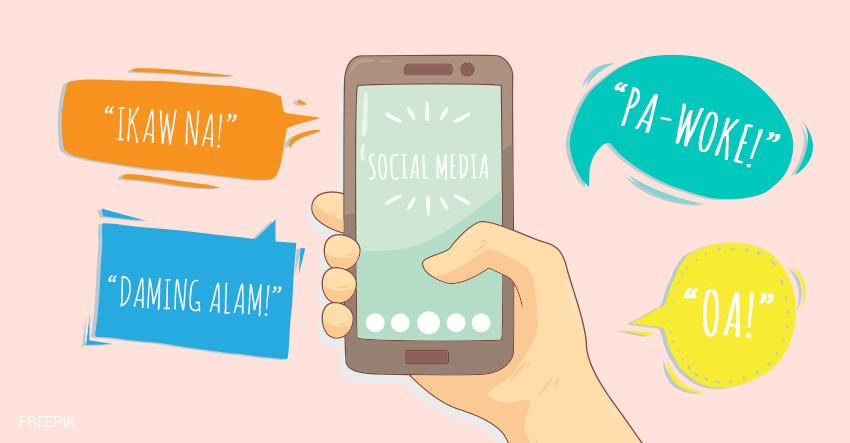 After couple Billy Crawford and Coleen Garcia uploaded their Ethiopian-themed photo, a number of social media users called them out for supposedly using the residents there as props for their photo shoot. Of course, a number also defended the couple, arguing that consent was given and their interpretation was based on their own biases. Undeniably, despite some arguments already bordering ad hominem, there were some valid points from both sides. What was appalling, however, was how some tagged those who criticized the couple as “pa-woke” and “hypersensitive” as though it was the only contribution they can offer to the initially healthy exchange of ideas. This, more remarkably, did not happen only after the Crawford-Garcia hullabaloo, but every time a mistake is pointed out in social media.

The question now is not only about whether or not what the couple did was appropriate, but whether or not people have the right to criticize them. Perhaps for those who want to limit their social media interaction to sharing memes and ranting about how their Starbucks coffee tastes, it’s time for these “pa-wokes” to shut up. But for those who actually want to elevate the discourse, the most effective response is to make valid criticisms. But why is this not okay for some?

One reason perhaps is that they are afraid that their beliefs will be challenged. When presented with a dissenting opinion, the initial response undeniably is to get uncomfortable. One can either ignore the dissent altogether or provide new arguments against them. But a new response has emerged: to shame those who make criticisms. Why is it very difficult for some to recognize opposing points? Why is it even more difficult for them to provide critical responses to these points? It is only when we have our beliefs challenged that we are able to open our minds to new ideas and strengthen or make modifications to our preconceived notions.

Or maybe they are not used to dissent at all. When we got so used to accepting what “seems” to be okay, we fail to make further analysis, and any attempt to make one is treated as an “overreaction.” Fortunately, however, this is not the age of believe-what-I-say-because-I-am-the-authority. Some people have finally recognized the importance of questioning, of being critical to what others presumed to be “small matters that do not need to be further discussed.” Some have become too comfortable with other people committing mistakes repeatedly that pointing out these mistakes have become an overreaction, that analyzing is considered overanalyzing, that arguing is considered ranting. And when people do not get to understand something, the convenient response is to hate it than to actually try to understand it.

Perhaps we cannot also blame these smart-shaming people because they might feel like social media is not the right platform to express one’s dissent. For them, these criticisms are but empty, for nothing really happens after they are blurted out. But would Billy Crawford apologize if not for the people who called him out? Would we be made aware about systemic racism or cultural appropriation if not for these “pa-wokes”? Would we be given clarification about the photos’ context if they were not put into question in the first place? To express one’s dissent is of course not the ultimate solution to everything, but it is incorrect to dismiss it as useless. It is only when we talk that we generate better ideas; it is only when we generate better ideas that we create better policies; it is only when better policies are created that we, our actions are better directed.

Or, ultimately, maybe these people think that ignorance is the new sexy, and being uninformed is cute. Perhaps they think that everything said in social media should be devoid of politics, so they have all the right to make fun of these thinking people. But in social media, there are people who actually spend most of their time reading and researching. Then, there are people whose only concern is whether or not Bugoy Carino really impregnated EJ Laure. If this is the case, how can the latter have the confidence to belittle the former by calling them “pa-woke”?

So to the person who is so uncomfortable of these “pa-woke” citizens: go on, enjoy your laughable memes and stay away from politics while others go an extra mile seeking for truth. (davaotoday.com)