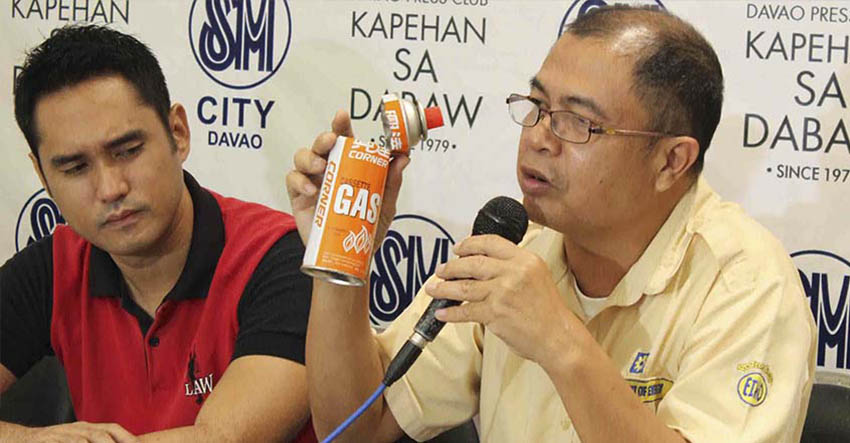 DAVAO CITY — Officials of the Department of Energy (DOE) region 11 said in a press conference here that some government officials are behind the rampant illegal retail sale of fuel.

Engineer Edmar A. Derla, Supervising Science Research Specialist of the DOE reported that some government officials from San Fernando, Bukidnon were caught selling illegal liquid fuels to motorists under the “bote-bote” (by bottles) scheme which sells fuel in retail per liter bottle of softdrinks.

In Davao City, Derla said that during his taxi ride on his way to the press conference, he interviewed the taxi driver who patronized the illegal selling of fuels in the city.

“The taxi drivers have a contact seller along Sasa road where a store allegedly sells fuel contained in a reused drum,” Derla said.

He shared that the taxi driver also wondered why some police officers are present during night time at the store.

“We don’t want to compromise the safety of the consumers for having this unsafe and illegal activities by the road,” said Geroche.

Geroche said that in Davao, the rampant illegal selling takes place mostly in “Calinan, Toril area, Panacan and even here in Ecoland and Bankerohan area.”

He admitted that despite warnings made by their office, the police and the Bureau of Fire, the illegal practice has not ceased.

Jodelle A. Osorio SRS 11 personnel of the DOE said the “illegal trading” penalizes offenders “with P20,000 but not more than P50,000, or imprisonment of at least two years but not more than five years, or both, in the discretion of the court.” (davaotoday.com)