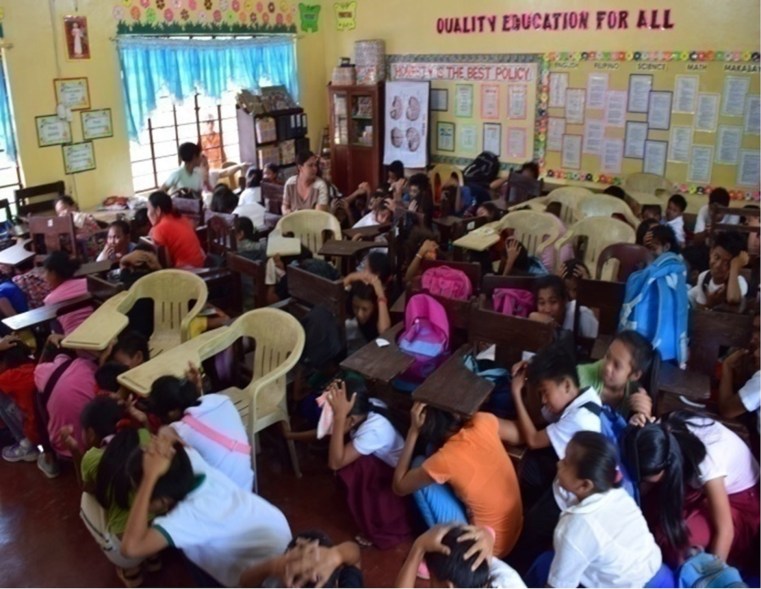 TAGUM CITY — It goes with the name Oplan Andam (Advocacy on Natural Disaster Awareness and Management), this is Davao del Norte’s community-based disaster awareness campaign which aims to build a calamity and disaster resilient communities.

The name of the plan, Andam, is derived from a Visayan word meaning to prepare.

Romulo Tagalo, executive director of the Provincial Climate Change Adaptation and Disaster Risk Reduction and Management (CCA-DRRM) Council, said Oplan Andam has heightened and raised the awareness of the people’s response when a calamity or disaster strike.

“Oplan Andam promotes a sense of readiness, urgency and culture of safety among our people. This program is borne out of necessity after our typhoon Pablo experience in 2012. It changed our perspective about Davao region as a typhoon-free,” Tagalo told Davao Today in an interview Monday, May 30.

Tagalo said Oplan Andam is an example of a risk governance “because it mandates local government units to roll out a disaster risk-reduction polices to the grassroots communities to help them effectively prepare for, cope with, and recover from, any natural calamities.”

Under the program, community members are given a lecture on basic life-saving techniques and critical incident stress-debriefing, coastal resource and evacuation camp management, among others.

A community drill that simulates a scenario of earthquake, tsunami and storm surge are likewise conducted, Tagalo said.

“The active involvement of the community members is central to core objectives of Oplan Andam. By the people’s participation and providing them the correct knowledge, it will certainly reduce the vulnerability and build their resilience to calamities,” he added.

“That makes a difference between risk management and risk governance,” said Tagalo, referring to the participation of the people. He also stressed that Oplan Andam is an all-year around event which utilizes the normal period to educate people about disaster response as opposed to the usual scenario that government only acts if there exist a disaster.

For instance, in La Paz, a coastal community in Carmen, Davao del Norte, Oplan Andam team lead by the province’s PDRRMC has installed a signage and a “batingaw” (an empty acetelyne canister) which will serve as the village’s community-based warning system should in case a flooding occurs. 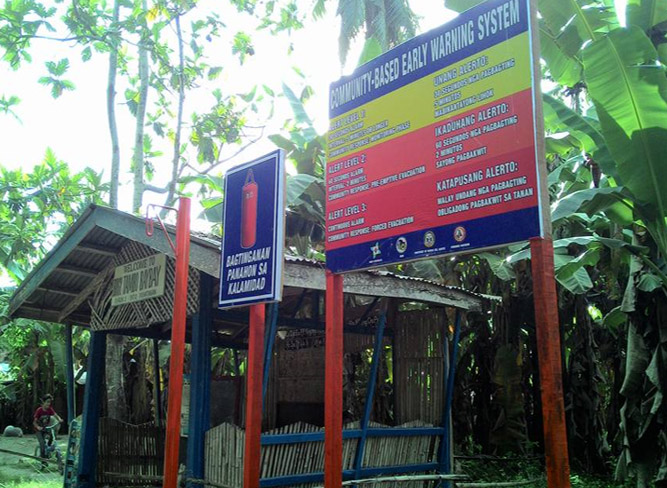 “The signage and the warning bell will be really useful to warn our people when there’s a flooding in our area. It guides our people what to do in times of disaster, for example, by ringing the bell,” village chieftain Eduardo T. Ringcodo Sr said.

Ringcodo was one of the participants when the Oplan Andam team conducted the disaster awareness program at La Paz last March 18 for coastal barangays.

Based on the 2010 census, Carmen, a first class municipality, has a population of 69,199. La Paz is one of the 20 villages that has been identified by disaster authorities to be prone to multiple hazards such as flooding, liquifaction, and tsunami.

From December 2013 to August 2015, there were 64 flood-prone barangays visited by the team. To date, more than 19,200 community members were integrated in the Oplan Andam since its inception back in December 2013.

“Part of the program is also to develop disaster-resilient school communities,” Cardinal said. “By integrating it to our schools, it will help lessen the impact of vulnerability to disaster or calamity.”

Cardinal said that 15 public elementary schools are prone to flooding, particularly in the towns of Kapalong, New Corella, Carmen and Braulio Dujali in Davao del Norte.

What makes Oplan Andam distinct, Cardinal said, is its inter-agency composition that contributes time and effort to make its program of activities doable. He said that “PDRRMC is the lead agency that implements the program while other agencies provide resources.”

“Basically, Oplan Andam is knowledge and skills transfer. We targeted the 66 flood-prone barangays lying along rivers. Further, we designed the program that supports the program of various government agencies, as well as the sectoral needs of the communities,” Cardinal said.

When pressed to ask as to the best practices of Oplan Andam, Cardinal cited three: installation of early warning system, the implementation of “Food for Work” and the evacuation center management and evacuation procedures.”

“These are the fruits that we gave to the community to make it more resilient,” Cardinal said. “Educating community members on how, when and what they are going to prepare on the different phases of disaster will help them to be more vigilant.”

With Oplan Andam, Cardinal claimed that people are now “ready to respond on the challenges of the disaster and a calamity.” He expressed hoped that province’s disaster awareness program will be replicated by each local governments units.

Areas to be improved

He cited that “budget constraint is also one of the problems encountered upon the implementation of the program.”  He also emphasized that the key to effectively implement the disaster awareness program is to “decentralize and democratize” the mechanisms.

For instance, under Oplan Andam, it requires local government units to mandatory allocate a calamity fund. Apart from it, LGUs are required to have a local Disaster Risk Reduction Management offices.

Some of the program’s mechanism were the use of hazard maps in targeting barangays to be visited, the use GIS (Geographic Information System) maps to identify un/safe areas, and evacuation routes.

There’s also consultation with barangay leaders and functionaries as to their facilitating roles during the Oplan Andam implementation. Lectures, drills, open forum and demonstrations of several topics, evacuation and camp management simulation exercises were also conducted. 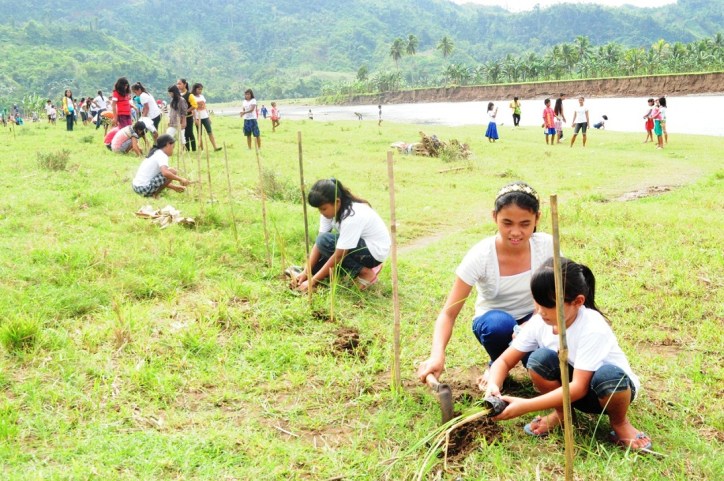 Pablo’s fatalities stood at 1,901, with Compostela Valley having the highest number of deaths, at 506, followed by Davao Oriental with 391. This prompted the Davao del Norte provincial government to re-design its disaster response to face disasters with such magnitude.

For Tagalo, typhoon Pablo was a concrete example of a “risk governance” failure. He emphasized that “the imperative of keeping a year-round preparedness is supported by the context of Davao del Norte.”

“Aware of the emerging natural hazards within our communities, we worked out to increase the risks resilience of our people, as the most immediate needs that must be addressed,” he said.

“To mitigate flooding, engineering works and forest rehabilitation have to be done. But these are long-gestating efforts. Consistent with the framework of R.A. 10121, Oplan Andam is just the preparedness aspect that must complement our mitigation and prevention efforts,” he emphasized.

Tagalo said that government programs must have a clear results chain, that is, clearly defined goals, outcomes and activities. “This results chain must be regularly monitored and evaluated. That for programs to be accepted by the people, it must have clear criteria for targeting beneficiaries.”

“Most importantly, we learned that disaster risks reduction and climate change adaptation are not just about knowing the steps to do it; but also, it is about rallying various sectors to really accept the need to adjust, adapt, and support the call,” he stressed.

The two frameworks emphasized on the reduction of disaster risks, preventing new risk and reducing existing risk and strengthening resilience with the involvement of the various stakeholders from the community.

“Over-all this program shifted the mindset in the LDRRM community from logistics-oriented to people-oriented. In the former, we thought that when an LGU is well equipped with warning systems and response logistics, it is already prepared; in the latter, we realized that when people are not involved in the preparations, these logistics and warning systems are less effective,” Tagalo said. (davaotoday.com)