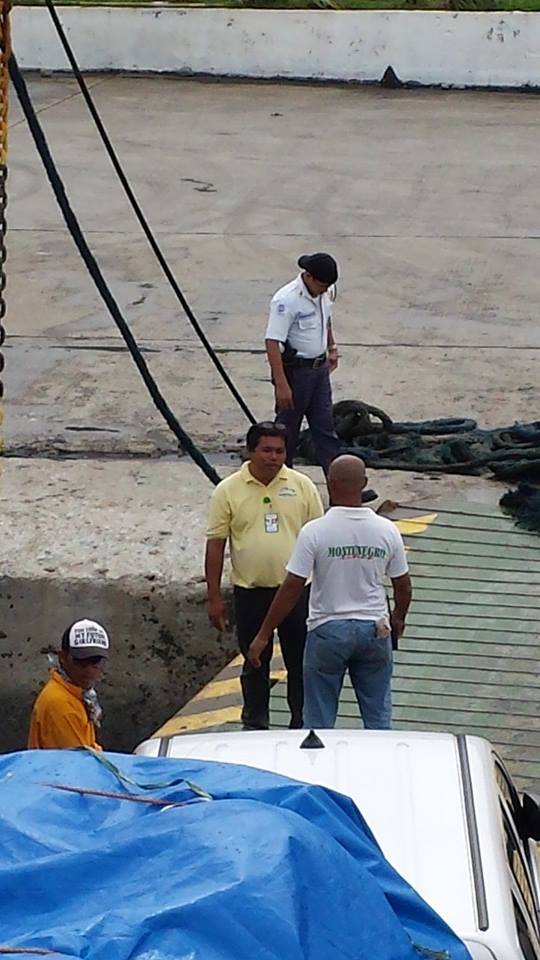 DAVAO CITY — The management of a ferry boat service on the Surigao City-Samar route bumped off two Davao City local officials who joined a relief mission to Leyte on Friday, and delayed the mission for hours as the management favored “very important persons” on two government cars.

The VIP vehicles were inserted into the Friday 10:00 am trip despite the issued tickets to the car of City Councilor Leah Librado-Yap and incoming Barangay Chairperson Angela Librado-Trinidad. They were bumped off in favor of two red-plated cars, the color code for government vehicles. One of the cars is a luxury van.

Their sudden ejection from the 10:00 am trip cut them off from the convoy of a relief mission organized by the Balsa Mindanao, the same organization that also organized a low-key but sustained relief and medical missions to the areas ravaged by Typhoon Pablo last year.

The mission has 620 doctors, nurses, social workers and other volunteers from Davao and other Mindanao cities. Their destination is Tolosa town of Leyte and the adjacent other towns leveled by Typhoon Yolanda two weeks ago.

The mission took off from Davao City on Wednesday and were joined by other Balsa Mindanao chapters in different areas in Mindanao.

The Librado sisters were told they have to give way to the two government vehicles in ferry trip at Lipata Port, Surigao City going to Samar.

Angela posted on her Facebook account the details of the incident, saying that all vehicles were issued tickets to board the 10:00 am ferry bound to Liloan, Leyte. But they were “sidelined” by personnel of Montenegro Liners to give way to two government vehicles.

“We were issued pass/ticket to board the 10 am ferry but we were sidelined apparently because they needed to accommodate two red plated cars , which Montenegro Liners’ personnel referred to as VIP and claiming it is their policy,” her post read.

Reports reaching Davao Today identified the two vehicles as one black Toyota Hi-Lux and a gray Isuzu Fortuner. The contingent tried to identify the drivers or passengers to no avail.

Angela said they were told to board the next scheduled trip at 1:30 pm which is three hours later.

Worried that missing their ferry would delay the mission, the Librados went to the main office of the liner to demand they be accommodated as they had purchased tickets. The Librados were joined by their family members who also volunteered for the mission,

“We complained naturally as we were separated from our group. (We) went to their office. They don’t have a complaint form and this guy in yellow shirt refused arrogantly to give us his name. But he demanded for our plate number, mumbling about proving to us that the VIP cars had earlier reservations. He did not show us documents to prove his claim and still refused to give us his name.”

Davao Today could not reach the Librados or other members of the Balsa team for update of the incident.

The experience of the Librados came in the midst of complaints raised in social networking sites on government’s slow delivery of relief operations and alleged ‘repacking’ and ‘relabeling’ of rice and relief goods.

Lipata port has been operating in full capacity to accommodate around seven to nine trips a day or around 200 vehicles carrying relief goods to Leyte and nearby areas.

The Balsa Mindanao, in which the Librados volunteered, has prepared 14,000 relief packs to be served at six cities and towns in Leyte, according to convener Francis Morales in an earlier interview.

Morales said advance teams from Balsa reported that many areas in Leyte had not yet received aid, and residents who were already served had used up the relief items.

“There’s still many more things that the government has to do,” Morales said.

Morales added that their group would also document what effects the impact of Typhoon Yolanda left to the residents to get a better picture on how to assist them in their rehabilitation.

“We seek to contribute to their empowerment to be able to assert by themselves what they want,” Morales said.

The group had previously aided the communities hit by Typhoons Sendong in Northern Mindanao, and Typhoon Pablo in Compostela Valley and Davao Oriental. (davaotoday.com)