Mindanao Lumad struggle for empowerment through education (Part 2 of 4)

DAVAO CITY, Philippines (UPDATED) — To address this concern of education in far-flung communities, community-initiated interventions are given attention by the DepEd. In most cases, like the Salugpongan schools, these are schools initiated before the IPED was formalized, or in places where DepEd schools have not reached the Lumad communities.

In 2014, DepEd recognized these indigenous schools including the Salugpongan Community Learning Center, provided that it follows its Department Order 21: Guidelines on the Recognition of Private Learning Institutions Serving Indigenous Peoples Learners. The said order recognizes the important role played by non-government and community-led institutions in improving access to culture-based basic education services.

The Salugpongan school could be a good model of a Lumad-initiated school. It has its beginnings in 2003 when the Salugpongan organization sought the Catholic Rural Missionaries of the Philippines to set up the school as a literacy-numeracy school for both young and adult Lumads in the village of Palma Gil. Datu Ginom recounted that young children held their classes under the tree with leaves as pencils.

A couple of years later, the village got more support from church and Lumad advocates to build a school building. Then in 2007, Salugpongan was accredited by DepEd as an alternative learning school, with classes from preschool to elementary, and its main school in Sitio Dulyan.

Salugpongan had a different approach as it built 54 school campuses from Talaingod to the different far-flung municipalities of the Southern Mindanao region; providing a convenient option for Manobo and other tribal children who had been essentially shut out from mainstream education.

Ian Baguisi, a Grade 5 student of the Salugpongan, finds inspiration from his teachers in going to school every day.

“Classes are conducted every day and teachers seriously discuss our lesson. I do not have to walk from home as the campus is near our house. Students are given books to study; notebooks and pencils to use in class,” he said.

He said this school is a different experience from the public school he previously enrolled in, the Natulingan Elementary School, wherein classes were held only three times a week and students were stuck in a passive mode, merely writing notes from the blackboard.

Salugpongan opened a boarding high school in 2012 to accommodate learners from far communities. The high school has two branches, one in Sitio Nasilaban in Palma Gil village, and the other in Sitio Tibucag, Dagohoy village.

Lorena Mandacawan, a leader of Salugpongan’s Parent Teacher Community Association has all her seven children studying in this school. 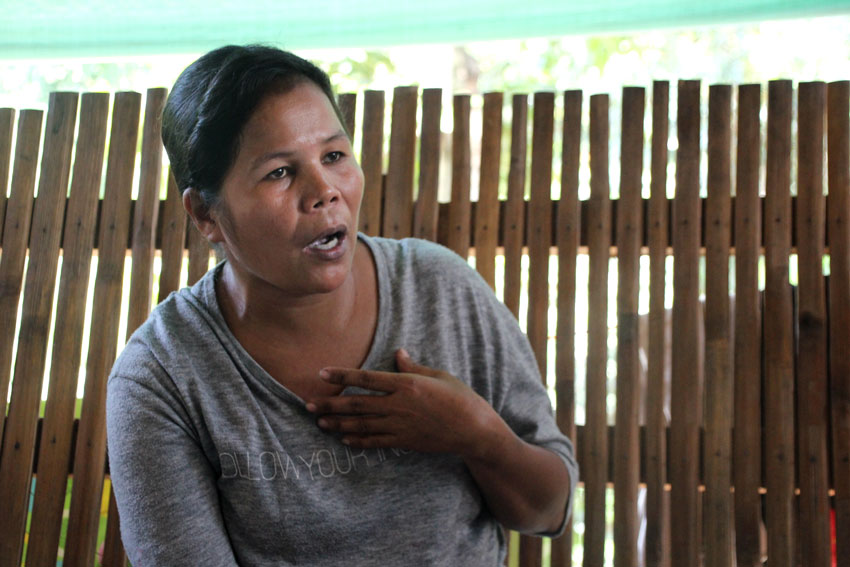 “As a parent, it is our pride to have built a school for our children. We are very happy seeing our children reached Grade 6 and marched for graduation,” she said.

Her daughter, Rorelyn Mandacawan, used to tell her that she will strive to continue schooling because she believes Lumad children has the right to learn. They both see that access to education will help in the development of their livelihood and community.

“My children may not have reached Grade 12 if I send them to a DepEd school,” Lorena explained. “Here, we do not worry of the school supplies, fare and food because it is supported by the community and the schooling is free, accessible in our community.”

Charities from RMP and other Lumad advocates have helped provide school supplies and learning material for Salugpongan schools.

“One of my nieces stopped schooling at Grade 10, because she could no longer support her child studying in a DepEd school. She cannot sustain the P500 fare going from our community to Sto. Niño, I used to go to the school in Sto. Niño when I was in Grade 2, but my father told me to stop because we cannot afford the expenses,” she said.

But the Salugpongan schools, its teachers, students and parents, have been subjected to harassment in recent years. The military and paramilitary groups have labelled the school as a “recruitment school” for communist guerillas.

Volunteer teacher Fredie May Alegre recalls how soldiers interrogated her and other teachers and community members in her school in Davao Oriental, where they were asked who is funding the school, and what subjects they are teaching the students. 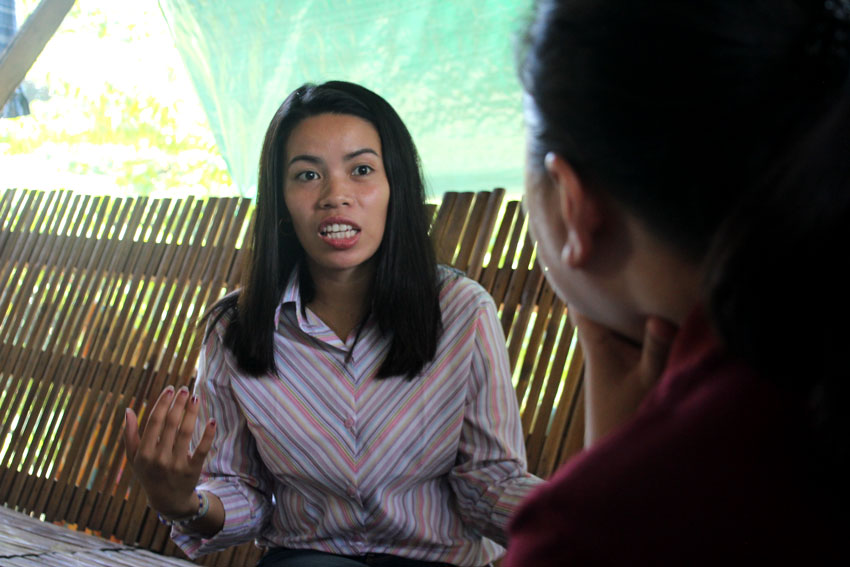 “We teach the children the subjects mandated by the K to 12 like English, Math, Science and Filipino. Since Salugpongan schools are located in far-flung areas where people subsist on farming, we teach agriculture too. We grow our own root crops and vegetables to help us sustain in providing free education to Lumad chidren,” she said.

The Salugpongan teachers, administrators, students and tribal chieftains have campaigned all the way to the Philippine capital city of Manila for the protection of their schools and villages from military attacks.

However, DepEd this year heeded the recommendation of National Secretary Adviser Hermogenes Esperon Jr. to close the schools based on allegations that the students were recruited to join protest marches against government and taught to dismantle and carry firearms.

The DepEd released a “fact-finding report” on October 8, 2019 that served as basis of their order to close the Salugpongan schools. The DepEd claims the schools are not compliant to the DepEd curriculum, and also claims students do not have Learners Reference Numbers and some volunteer teachers are not licensed.

DepEd Region XI OIC Evelyn Fetalvero said that the allegations from Esperon are serious enough to warrant an immediate action from the department.

“The mandate of DepEd to ensure that the teachings in schools are consistent with its curriculum standards, and not contrary to the Philippine Constitution and other laws,”she added.

Salugpongan Executive Director Eugenia Nolasco protested the decision, saying there was no due process in the probe on Salugpongan schools to dispel the claims.

“We are saddened that the government’s mandate to recognize and uphold the right of the Lumad to education and self-determination is superseded by a militaristic approach that further marginalizes the Lumad,” administrators of Salugpongan said.

Focal Person of the Indigenous Peoples Education Program Manuel Vallejo was not available to comment on this decision.

Salugpongan teachers Nolasco and Alegre are concerned how this decision affects the 1,200 children they have served.

DepEd and local officials said they will fast track the building of schools in these villages, and integrate the Salugpongan students. But around 250 students opted to stay with their parents and teachers.

The plight of Salugpongan schools have prompted institutions to adopt them in “Bakwit (evacuee) schools” to continue the education of the indigenous learners.

The Save Our Schools (SOS) Network is facilitating this setup, with schools in UCCP in Davao City, and also in the University of the Philippines Diliman, Quezon City and UP Cebu.

The SOS network said that Lumad schools have been constantly attacked by government troops. Prior to the Martial Law declaration in Mindanao, there have documented 87 incidents of attacks on schools under the presidency of Rodrigo Duterte starting July 2016.

These attacks ranged from encampment in the school, strafing, attempted murder and harassment of schools members.

However, the attacks intensified after Martial Law starting May 23, 2017. The group have documented a staggering 584 cases of attacks ranging from school-related extrajudicial killings, sexual harassment, aerial bombings, forcible evacuation, forcing school members into fake surrender as rebels, threats and harassment, military encampment, physical assault, use of civilians as guide and human shield during military operations, forcible closure, and others, affecting about 16,976 students, 1,376 teachers and 57,844 members of Parents-Teachers-Community Association (PTCA).

The attacks and forcible closure of schools have resulted IN the opening of Bakwit schools since 2018, accommodating not only the Salugpongan school but also similar community-initiated schools from Center for Lumad Advocacy, Networking and Services (CLANS) in South Cotabato, and the Mindanao Interfaith Services Foundation Inc. (MISFI) Academy in various regions in Mindanao. (davaotoday.com)