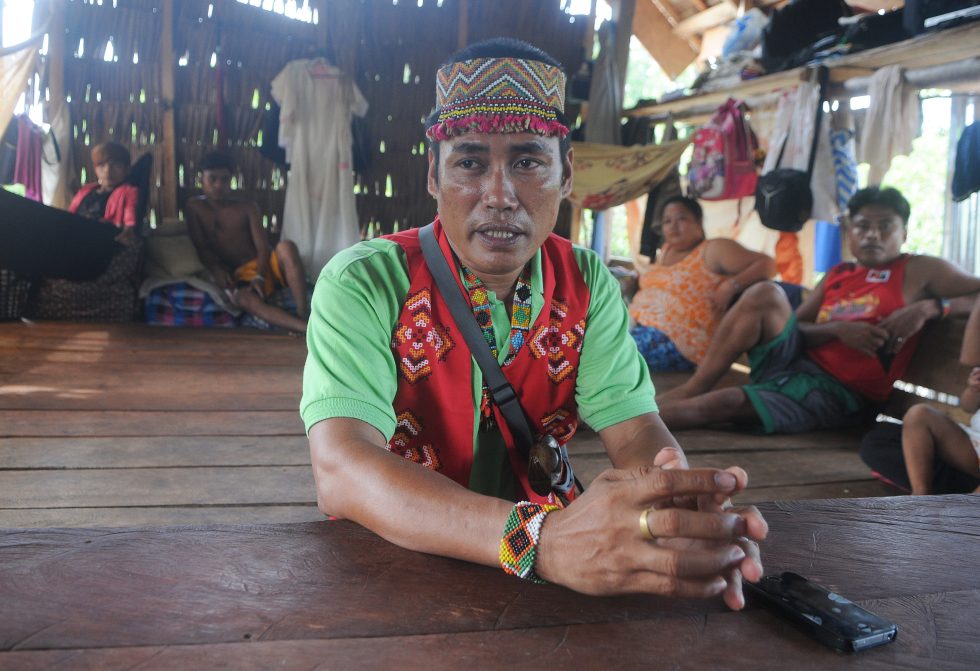 DAVAO CITY, Philippines – The alleged leader of a paramilitary group in Surigao del Sur tagged in the 2015 Lianga massacre of a Lumad school administrator and two community leaders was among those killed in an ambush staged by the New People’s Army on October 4.

Reports from the Armed Forces said Hawodon Jomar Bucales, the Indigenous Peoples Mandatory Representative of Lianga town, Surigao del Sur, was killed in an ambush in Sitio Mamsapranon, Barangay Banahao after attending an installation of a Lumad leader in the said barangay. Two of his companions were also killed in the incident.

In a statement, the Communist Party of the Philippines said the NPA unit in Surigao del Sur staged the ambush and said this gives “deep sense of justice with the death of Bucales”.

The statement said Bucales was the “mastermind” of the Lianga Massacre in September 1, 2015, claiming he is one of the leaders of the paramilitary group Magahat Bagani.

The paramilitary was identified by the Manobo community in Barangay Diatagon, Lianga for the murders of Emerito Samarca, executive director of the Alternative Learning Center for Agriculture and Livelihood Development (ALCADEV), and community leaders Dionel Campos, chairperson of Malahutayong Pakigbisog Alang sa Sumusunod (Mapasu), and an elder Datu Bello Sinzo.

Samarca was found dead inside the school’s faculty room with his neck slashed, while the two Lumad leaders were shot in front of the community.

The killings forced the residents in Lianga to seek sanctuary in Tandag for a year, and sparked nationwide outrage leading to popular campaigns for #StopLumadKillings and #SaveLumadSchools

However, Bucales remained untouched despite protests and calls from government officials to have him arrested and his paramilitary disbanded.

Former Surigao del Sur Governor Johnny Pimentel in 2015 called the Magahat Bagani “monsters created by the military” and wanted it disbanded. While a senate inquiry on this matter prompted Senators Aquilino ‘Koko’ Pimentel and Teofisto Guingona III, who are from Mindanao, to call for Bucales’ arrest.

The community of Lianga and Lumad advocates recently marked the fifth year of the massacre last month, pointing out that the paramilitary group is still present as justice remains elusive for them.

In the CPP statement, they claimed Bucales and his paramilitary group “received guns, funding and publicity support from the Armed Forces of the Philippines and mining companies operating in the area”, and has raised threats against ALCADEV community school and Mapasu leaders.

The group also misrepresented themselves as “NPA surrenderees” by the Army’s 3rd Infantry Battalion allegedly to “funnel funds for counterinsurgency into their pockets”, the CPP claimed.

The CPP said Bucales has been allowed to operate in Lianga as it lies in Andap Valley, an area rich in mineral resources. (davaotoday. com)