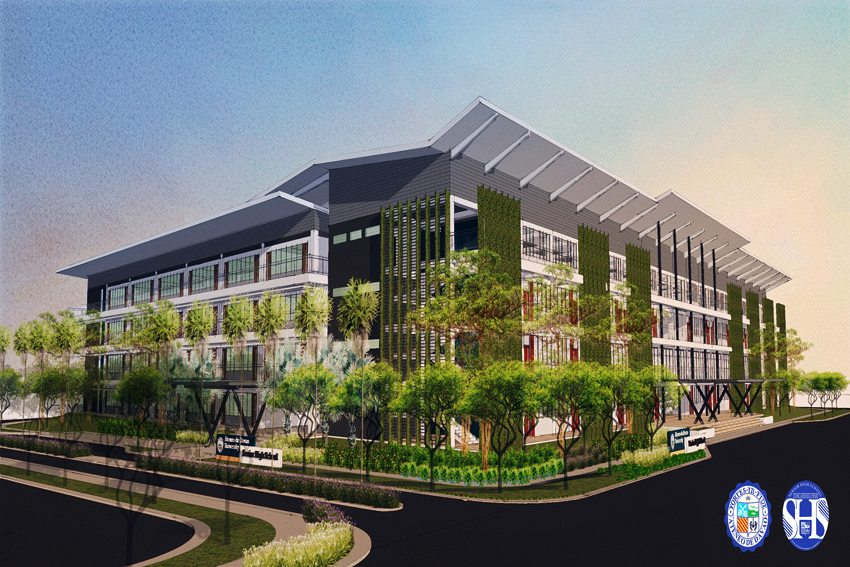 DAVAO CITY, Philippines—Taking cue from Pope Francis’ encyclical “Laudato Si” (On Care For Our Common Home), Jesuit university Ateneo de Davao will build an environment-friendly school for its Senior High School campus in Bangkal, this city, the first to be built in the Philippines.

Speaking at Wednesday’s groundbreaking ceremony, Ricardo P. Enriquez, director of AdDU’s Senior High School, the soon to be constructed campus will feature some innovative designs like collecting rainwater to be used for comfort rooms and other purposes.

Enriquez said the campus will have photovoltaic solar panels as an alternative source of power supply and aerodynamic design to harness wind to cool off the building.

AdDU University President Fr. Joel Tabora, SJ, said the campus “will be completely green so that we can teach our students how to be environmentally responsible.”

The Jesuit priest also added that university campus in Bangkal will be dedicated solely for its Senior High School, noting that it would be bigger than that of the Jacinto campus.

“We propose to be the SHS of choice, because SHS here in Ateneo will be the gateway AdDU’s college, the ordinary way of entering the AdDU college,” he said. “We would want and encourage everybody to tell their friends that it is not easy to get into AdDU if they will not go through AdDU SHS.”

The SHS campus, according to Enriquez, will feature four school buildings and one administration building designed by its principal architect, John Immanuel R. Palma.

The SHS campus will have 90 classrooms and 38 prime laboratories including the science, engineering, speech, and art laboratory.

“Our facilities will help mould our learners to be who they want to be…on this site will rise the new generation of thinkers and builders of a better society,” he said.(davaotoday.com)