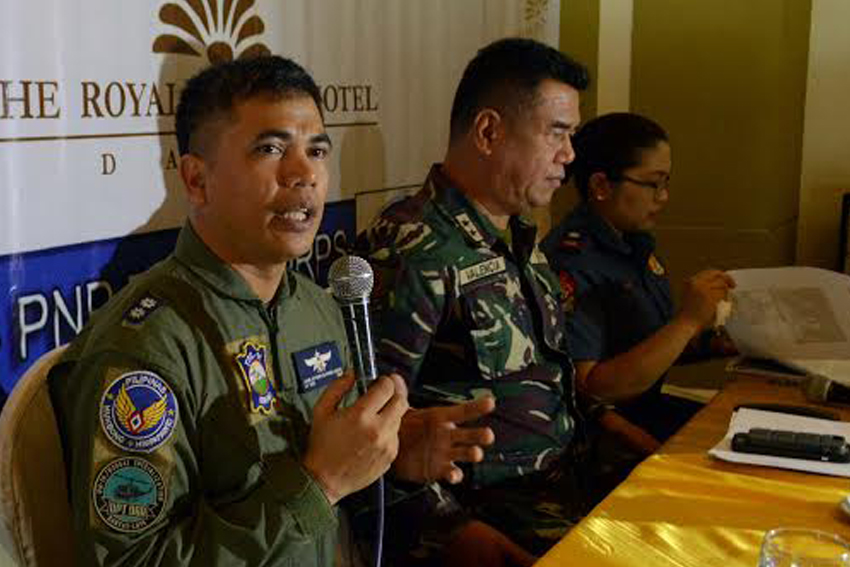 DAVAO CITY—In clearing Mt. Apo fire, the Philippine Air Force Davao admitted they are having difficulty in pushing through with their “bambi bucket operation” due to the weather condition and water shortage.

Bambi bucket or helicopter bucket is a specialized bucket suspended on a cable carried by a helicopter to deliver water for aerial firefighting.

“Yesterday we were able to conduct 12 sorties of bucket operation, 10 sorties in the morning and only twice in the afternoon because of the weather condition,” Pabilonia said.

Pabilonia said that from the three helicopters, only the Super Huey 122 is available on the rescue operation since the other helicopter is now in Manila and the other one is not yet available.

Pabilonia added that Super Huey 122 helicopter is designed for search and rescue operation and is capable of carrying three drums or about 600 liters of water from the sea, lakes and river.

He said the operation focused on the area facing Sta. Cruz town and Digos City in Davao Del Sur.

Pabilonia advised the volunteers to tap them especially if there are some areas that have huge grass fires.

“I-identify kung saan ang area yung priorities natin na malaki ang apoy na hindi kaya ng mga volunteers na iapula. Hopefully ma-identify nila at maibigay sa pilot (Volunteers should identify the areas that must be prioritized or those areas, which they cannot extinguish by themselves. Hopefully they can identify it and give it to our pilots),” Pabilonia said.

The Air Force officer said volunteers could check in and coordinate in the operation since they activated an Incident Command System in Kapatagan, Digos City area. (davaotoday.com)