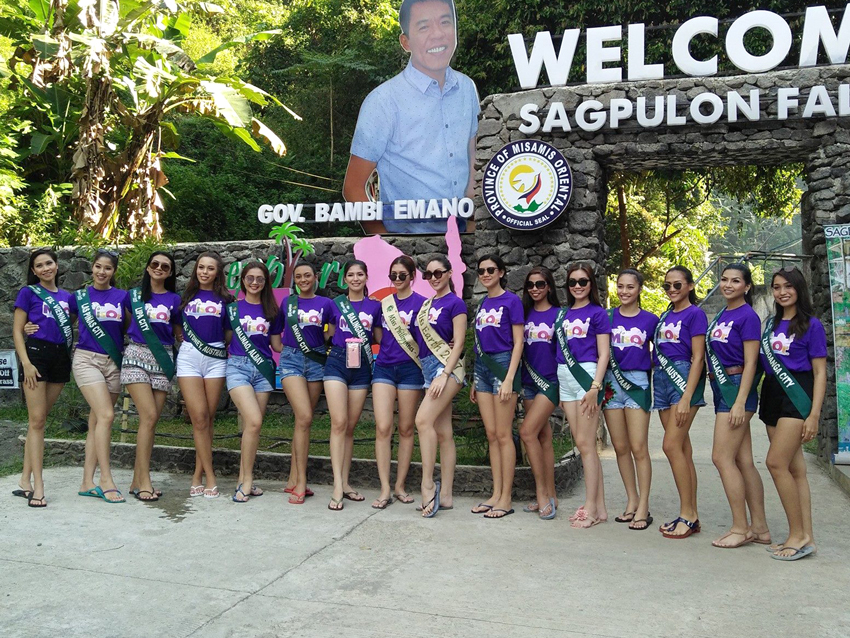 CAGAYAN DE ORO CITY, Philippines — Some Ms. Philippines Earth 2018 candidates are favoring the closure of beach resorts and establishments in Boracay island as they emphasized that the environment must come first before tourism.

Zahra Bianca Saldua, Ms. Philippines Earth 2018 candidate representing Las Piñas City, said that what happened to the island, which is considered as having one of the best beach resorts in the world, should serve as an example on how to balance between environmental preservation and commercial activities.

“Without environmental responsibility, there will be no tourism,” Saldua said during the press conference held at a mall here on Thursday evening.

Pres. Rodrigo Duterte has ordered the closure of Boracay to tourists starting April 26.

Calling it a cesspool in his previous speeches, Duterte ordered the deployment of law enforcers to guard the Boracay while the rehabilitation is going on.

Boracay is part of Malay town in Aklan and is composed of three barangays, namely, Balabag, Manoc-Manoc, and Yapak.

Business operators in Boracay projected that losses in revenue resulting from the closure could reach as high as P56 billion with about 36,000 people who can potentially lose their jobs if the temporary shutting down of the island would continue after the six-month timeframe set by the national government.

Candidate Ronelie Pador of Kalibo, Aklan, said she supports the move of Duterte as local and national government leaders must not just look at the tourism and business side of Boracay but also its environmental aspect.

Annalea Rabe of Santa Cruz, Marinduque, said that it would be better to promote eco-tourism in areas with tourism potentials as it will also boost employment.

“Eco-tourism is a good program that must be adopted in the country,” Rabe said.

Albay representative Marjorie Vistas concern is on the unabated throwing of plastic materials that ended up in the ocean.

“If we don’t do something about plastic [wastes], soon there will be more plastics than there are fish in the ocean,” Vista noted.

Weam Ahmed, who represents Davao City, said that one of the ways to save the environment is to teach the children.

“Kids can adapt to habits easily. We should teach them at a very young age how to be environment-friendly,” Ahmed added.

The 14 pageant candidates, who were here for a three-day visit to Misamis Oriental and Cagayan de Oro on April 25-27, came from various places in the country.

Representing Misamis Oriental is Berjayneth Chee, from the town of Balingasag, who won the provinces Ms. Kuyamis 2017.

Accompanying the candidates are Ms. Philippine Earth 2017 Karen Ibasco and Ms. Philippines Fire 2017 Nellza Bautista, also a Misamisnon, from the municipality of Villanueva.

For his part, Gov. Yevgeny Vincente Emano has welcomed the visit of the candidates since the provinces main thrust is tourism promotion.

Emano said Misamis Oriental has so much more to offer to local and foreign guests as it boasts of tourism destinations such as beaches, waterfalls, spring resorts, and other interesting sites. (davaotoday.com)