46% of drug reformists in Davao City dropped out of rehab 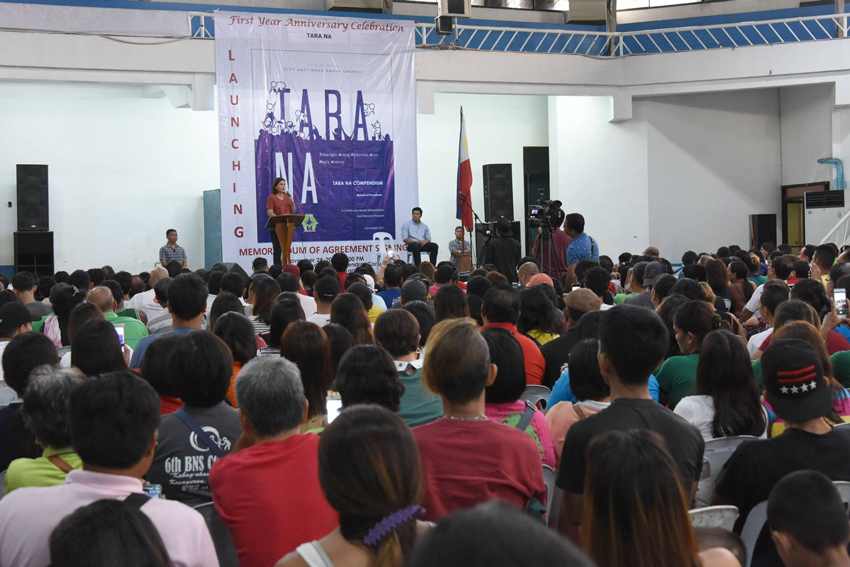 DAVAO CITY, Philippines — Almost half of the population of the drug reformists under the Community-based Rehabilitation and After Care Program (CBRAP) has dropped out of their rehabilitation program in Davao City.

CBRAP Director for Research Connie Domag said that out of the 3,894 enrolled in CBRAP, some 1,826 drug reformists dropped out from the program under Tabangan Atong Reformist Aron Naa’y Asenso (TARA NA)-CBRAP.

Domag said this was due to lack of logistic support from the barangay units. He added that the remaining drug reformists were adapted by the rehabilitation programs of the Ateneo de Davao University and the University of Immaculate Conception.

The rehabilitation process will not end after 6 months as the university and the community is still conducting an aftercare program, which will take reformists more than a year to completely overcome drug addiction.

In a statement, Sr. Insp. Maria Teresita Gaspan, the spokesperson of Davao City Police Office (DCPO), said the that PNP is also looking into consideration on the sustainability of the program since many of the surrenderees are currently inactive and unwillingly participating with the rehabilitation process.Some of them according to Gaspan went back to illegal drug activities after they turned themselves to authorities last year under the massive campaign of Oplan Tokhang.

“We are making moves on how to sustain the program. We will have a talk with Davao City Anti Drug Abuse Council and Philippine Drug Enforcement Agency – Davao City in this matter,” said Gaspan.

The DCPO reported that there is 300 person that is involved with illegal drugs apprehended in buy-bust operations and other police operations since December last year to May 1 this year. Part of the 300 is some drug reformist who went back to their illegal drug activities.

Meanwhile, according to Police Regional Office 11, they still have to double check the number of surrenderees who are now inactive in rehabilitation. One of the main consideration said, Chief Insp. Milgrace Driz, Southern Mindanao police spokesperson is the delisting of names of the surrenderees that are currently under verification with PDEA.

“Some of the listed drug surrenderees have left Davao in 2017, that’s why we are also looking into our intel report for the final number.This is also one of the reasons why the CBRAP monitored a large number of dropouts in their rehabilitation program” said Driz. (davaotoday.com)