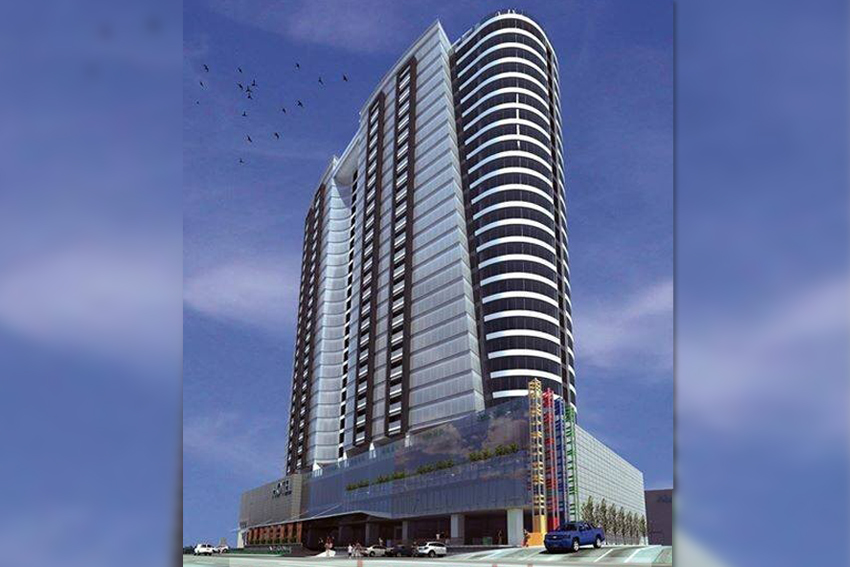 DAVAO CITY, Philippines (UPDATED) – Davao City Mayor Sara Z. Duterte-Carpio on Tuesday, October 24, warned the developer behind a skyscraper project here that it only has five days to dismantle a crane said to have caused disruption of commercial flight operations.

“If they don’t follow our mandate to put down the crane, the government will do it at their expense,” said Duterte-Carpio said in press briefing.

At the session, Vice Mayor Paolo Duterte lambasted its developer, FTC Group of Companies Corporation, for not taking immediate actions even after they have received notices from the Civil Aviation Authority of the Philippines (CAAP) to have remove or lower their boom cranes as early as February this year.

Duterte also questioned the Aeon Tower’s commitment to the Office of the City Mayor to dismantle the cranes by Monday, October 30, pointing that the company only took notice of the problem when the news recently broke out that the local government unit and the airlines are already complaining about it.

“We can instruct the city engineers and ask the help of DPWH to demolish your crane. Now which is cheaper, you remove your crane or let DPWH remove your crane and you’ll pay for the expenses? Let me ask you that sir,” he said.
Franklin Anota Sr., air traffic section chief of CAAP-Davao, said that in January 2017 they have recorded the first incident of flight “misapproach” due to Aeon Tower’s existing cranes that obstruct air traffic.

The obstruction has also been pointed to why many flights had experienced delays, explained Anota.
According to CAAP, the developer only applied for the height permit of the cranes in April, three months after the first misapproach incident happened.

Espinosa, however, maintained that they have secured permit to use the crane since it is under the mechanical permit, although he admitted that they have “slightly exceeded” on the height limitation.

He clarified that the owner and the developer are “very much willing to dismantle the cranes” but stressed that they need more “time consideration”.

“What we are asking on the LGU (local government unit) is to give us a little time because dismantling of tower crane is not easy since its parts are heavy and can’t be lifted by ordinary equipment,” he argued.

Espinosa vowed that on or before October 30, the cranes’ highest arms (critical points) will be detached and the dismantling of the equipment’s other parts will follow.

The City Council also ordered CAAP to conduct a test flight on Monday to assure that misapproach incidents will not happen anymore.