Student athletes, coaches rushed to hospital due to food poisoning 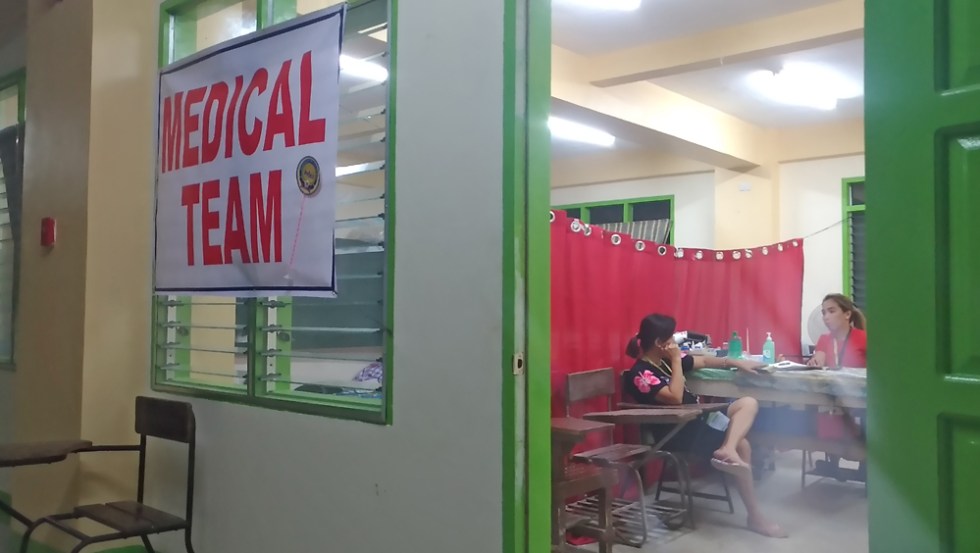 DAVAO CITY, Philippines — (UPDATED) At least 38 individuals composed of student athletes, coaches and kitchen personnel of the Mati City delegation were rushed to the hospital on Saturday night, February 17, due to food poisoning.

Lawyer Lawrence Bantiding, Assistant City Administrator for Operations and Overall In-Charge for DAVRAA 2018 Preparations confirmed the incident in a statement.

Jenelito Atillo, spokesperson of the Department of Education-11, said in a text message sent to media on Sunday, February 18, 38 were admitted as of 12:21 am. This includes three coaches, one kitchen crew and 34 student athletes.

“All were admitted for hydration and samples for toxicology test,” Atillo added.

As of 4:41 am, the coaches, kitchen crew and one special education student athlete were discharged from the hospital.

Meanwhile, Rebecca Rodriguez, nurse of Mati City Medical Team, told Davao Today in an interview that they are yet to determine the cause of the incident.

The Mati contingent managers were said to have procured, prepared and served the food of the said delegates.

Rodriguez stressed that they have requested the conduct of water analysis on the water used by the Mati delegation which are currently staying in Sta. Ana National High School.

Meanwhile, the City Government of Davao, the host City of DAVRAA 2018, also confirmed the incident and said it is now under investigation.

“This food poisoning incident is now being investigated and all responsible parties will be made accountable,” Bantiding said.

As the condition of the affected delegates are being monitored, officials assured that preventive measures are being undertaken so as to avoid another incident to happen.

Based on the assessment of health officials, all the affected delegates will be able to compete during the sporting events.

Glenda Rabat-gayta, Vice Mayor of Mati City said they will wait for the results of the investigation before they will release a statement. She assured that local government of Mati City is coordinating with the Department of Education (DepEd) “to make sure that the crisis is managed.”

“We are hoping that the number of affected delegates who were rushed to the hospital will not be added anymore. Nothing critical at the moment so we just hope that this will be addressed so it will not happen again,” she said. (with reports from Mara S. Genotiva/davaotoday.com)