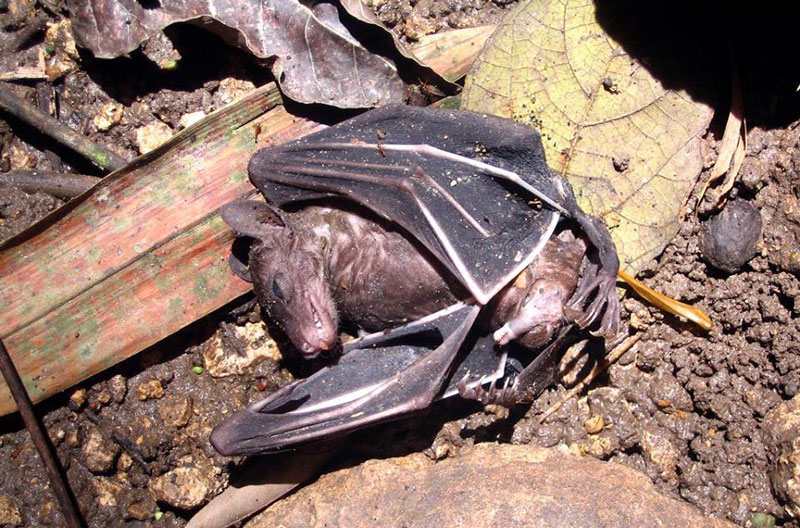 “The bat cave conservation management plan will enable us to formulate and implement policies that will protect our bat caves from the abuses of some people who visited the caves for tourism and research purposes.” — Roderick Parcon, coordinator for the town’s Municipal Tourism Office

KAPALONG, Davao del Norte, Philippines — The local government of Kapalong has taken measures to put a stop on alleged bat poaching and to protect the town’s caves from possible degradation.

“The bat cave conservation management plan will enable us to formulate and implement policies that will protect our bat caves from the abuses of some people who visited the caves for tourism and research purposes,” said Roderick Parcon, coordinator for the town’s Municipal Tourism Office (MTO).

Parco told davaotoday.com they are alarmed over reports that some local residents and even tourists have been poaching bats in various caves at Suaon Natures Park in Sitio Sambayon, Suaon village.

He also cited a 2003 report that bat poaching activities were prevalent in the town with the scale of 80 to 90 percent.  Even at birthing time, local residents allegedly poached bats for pulutan (finger food).

The nature park has twelve caves that are home to various fruit and insect bats, according to the Davao Speleological and Conservation Society (DSPECS).  Out of the total caves, only 9 have been mapped and assessed as potential for cave tourism and research.

The MTO is now conducting surveillance in some known caves particularly the Kapunit and Otso Caves which were surveyed and classified as cave tourism by the Cave Committee in Region XI.

In a bat rootstrain measurement conducted by DSPECS in 2009, it was found out that Kapunit cave is home to 1.2 million fruit bats (rousettus amplexicaudatus) while the Otso cave was home to insect bats (Rhinolophus sp.).

Parcon said they crafted a comprehensive Bat Cave Management Plan to serve as a baseline to conserve, preserve and protect caves from possible degradation of the natural resources within a cave system.

It is the first in Davao Del Norte province, he said, and once it’s approved by the Department of Environment and Natural Resources, “it will be a pioneering cave management plan in the Philippines.”

The implementation of the plan is said to help the local government, landowners, visitors, tourists and other stakeholders in formulating a commitment to protect the bats and the caves by organizing educational campaigns that will focus on the importance of bats, its significant contribution to the environment, among others.

Parcon said this has been the town’s second time to craft a Cave Conservation Management Plan.  The first was for the Otbot and Kalina caves in year 2011 to 2012.

In 2011, the local government issued Municipal Ordinance 744 also known as the “Integrated Tourism-Environmental Education Program,” which mandates its MTO to organize educational forum on the conservation, preservation, protection and appreciation of natural resources that can be found in caves.

The said ordinance, which conforms to Republic Act No. 9072 or the National Caves and Caves Resources Management and Protection Act of 2003, also aimed to promote active participation from different stakeholders from local residents, land owners, village officials and various cave guide associations in formulating and undertaking development projects and programs for ecotourism activities.

“We hope that through our comprehensive plan and by intensified educational campaign it will raise the level of awareness of the people that bats are not intended for food consumption by humans,” Parcon said, adding that “Bats, too, have unique and important role in our environment and in the whole structure of our ecosystem.”  (Mart D. Sambalud/davaotoday.com)