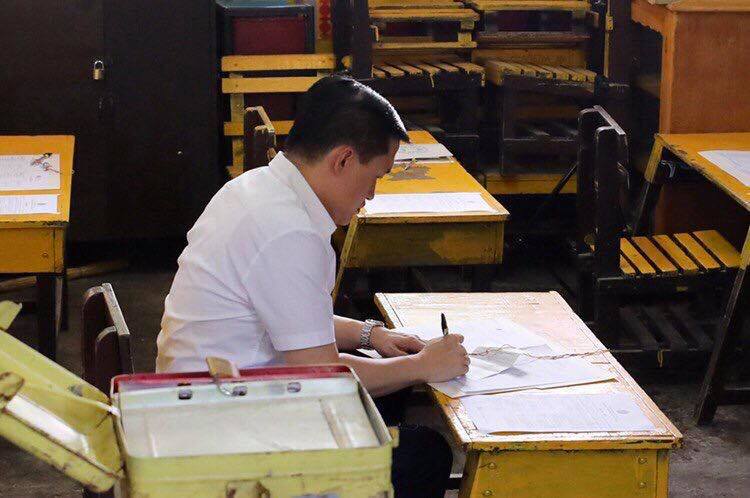 DAVAO CITY, Philippines – Presidential Daughter and Mayor Sara Duterte-Carpio, as well as Special Assistant to the President Secretary Bong Go, cast their votes in separate voting precincts in Davao City for the Barangay and Sangguniang Kabataan elections on Monday morning.

Mayor Sara arrived at 9:40 am accompanied by her security and filled up her ballot at 9:45 at the Daniel R. Aguinaldo National High School in Barangay Matina, where her father, President Rodrigo Duterte voted during the 2016 Presidential elections.

Before the election, the Mayor had asked the public to actively participate in the Barangay and Sangguniang Kabataan Elections.

According to the Mayor, “We want to give genuine service; thus, we urge that you vote on Monday. Use your right and use it well, vote wisely.”

While Special Assistant to President Christopher “Bong” Go cast his vote at the Buhangin Central Elementary School around 11:30 am.

In an interview, Go said the people should be careful in choosing their candidates in today’s election “especially those who are involved in Drugs.”

The secretary reiterated that the “next leaders in the barangay must be clean and honest for better leadership.”

Meanwhile, President Rodrigo Duterte skipped voting for the barangay and SK elections, which are the first to be held under his administration. The president is supposed to vote at his polling precinct in Daniel R. Aguinaldo High School. (davaotoday.com)