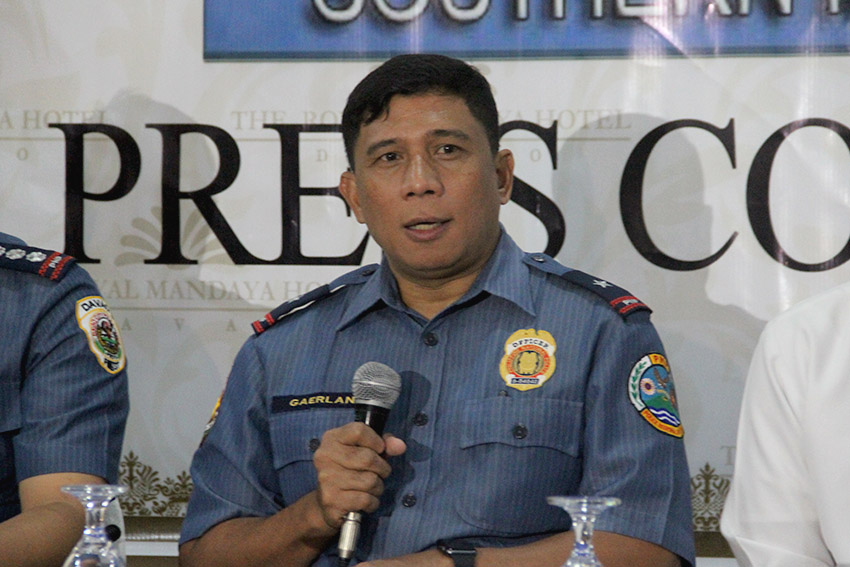 DAVAO CITY, Philippines – The authorities have deployed more or less 8,000 security forces in the entire region 11 for the upcoming Barangay and Sangguniang Kabataan elections.

Some 500 police personnel had been sent off Friday morning to their respective areas of assignment aside from additional security forces from the military, Bureau of Fire Protection and the Coast Guard.

In a statement, Regional Director PC Supt. Manuel Gaerlan said that “the mandate for all PNP is to be apolitical and neutral, and to apprehend those violators of the law.”

Base on the recapitulation of PNP personnel to be deployed for the local elections, the regional office will deploy 598 PNP personnel in 182 barangays of Davao City. The City has one barangay under category 1 where politically motivated violent incidents are likely to occur due to intense partisan political rivalries. The occurrence of violence could be facilitated by the employment of Private Armed Groups and abetted by loose firearms and availability of force multipliers like gun-for-hire gangs and other armed groups.

Meanwhile, there are 386 police personnel who will be deployed under Davao del Norte Police Provincial Office to ensure the security of election. The Province of Davao del Norte has 223 barangays with 50 of it under category 2.

The police provincial office of Compostela Valley will deploy a total of 286 police personnel in 237 barangays with 68 of it under category 2.

All in all, the Regional Office will deploy a total of 2,387 police personnel in 415 voting centers under Electional Watchlist Areas and 1,972 voting centers not listed under EWAS. (davaotoday.com)