We Who Seek to Settle: Part 7

The Ambiguities of Settler Identity 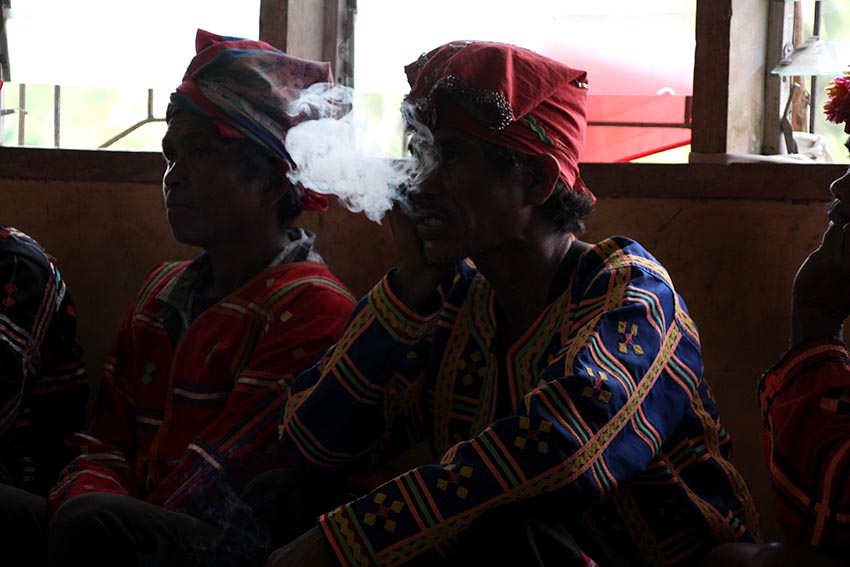 What we get therefore is a mess of an identity, an identity that refuses to recognize and actuate itself: the settler’s ignorance of the value of their own historicity has left them perpetually haunted by guilt and uncertainties, questioning without answers their place, space, and essence.

“Haunting” is hardly my original metaphor, that rightly belongs to Braga, who describes “the Phantom of the Motherlands” which unsettle the settler perpetually. What is a Cebuano, an Ilonggo, a Tagalog, doing in a town with a Manobo, a B’laan, or a Maguindanao name? Should I, who grew up speaking Tagalog as my mother tongue, go back to the Tagalog motherland, where my ancestors come from and to which my blood “rightly” belongs? “I am from Mindanao,” writes Braga, “is an unspoken admittance of a fear that phantoms from Luzon and the Visayas will make an invitation of a return, of eventual abandonment.” He argues that the narrative of the Filipino nation allows Settlers to legitimize their place in Mindanao (which, to this narrative, is Philippine territory), ignoring the claim of the other two peoples.

Braga has described the phenomenon aptly – this lingering existential inkling in the settler that she does not belong to Mindanao, that she belongs elsewhere. The cause is illusory, unreasonable, phantom-like, arising from the unjust premise that Mindanao is solely Moro and Lumad space. And yet the experience of alienation is very real. While Braga has described the attempt to weaken the homogenous national narrative with regionalism (i.e. a homogenous Mindanao of which they have agency) as a coping mechanism by which the settler deals with these phantoms, he ends up painting the settler merely as encroacher, ignoring the long history of tribal collaboration.

This continued imposition of the narrative of encroachment on the settler – that he does no “legitimately belong” to Mindanao – by thinkers from Imperial Manila is preventing them from seeing their own place within Mindanao’s discourse. His home ever thus haunted, it refuses to be his home.

This haunting – the settler’s questioning of their own space – leads the settler to a perpetual sense of spatial alienation.

Of course not everyone is so introspective, such an alienation often emerges subtly as a result of disconnect from hometowns – itself a result the long entrenched culture of Manila-centrism and neglect of local (Mindanao settler) historicity. “I should be in Manila – that’s where the country is – what am I doing in Manobo Kidapawan anyway?”

What thinkers like Braga do not realize is that the settlers saying “I am from Mindanao” are in fact much better off because they (which is to say we) are the ones who choose to stay (both in actuality and existentially) in Mindanao, and so we are the ones most likely to “address the location of the settler’s voice,” both in the grand narrative of the Filipino nation and that of the dispute over space in Mindanao.

Because the vast majority of settlers will end up ignoring their position in Mindanao, and will instead seek to be their ethnicities – simply being Cebuanos or Ilonggos “who happen to be in Mindanao.”

Indeed many of them actually choose to leave. The narrative and reality of Mindanao neglect continues to incentivize leaving Mindanao, and so many settlers seek ‘better lives’ in Manila, Cebu, Iloilo, abroad, milking Mindanao like a stolen cow without taking possession of it. The Kidapawanon who excels in Pilot Elementary and National High School (ancestral domain gifted to the city by Musadi Icdang) leaves for UP Visayas or Los Banos, never to return. This is how the tribal peoples lose out in their struggle to benefit from assimilation – that it continues to be more advantageous (financially, recreationally, existentially) to leave.

Mindanao is the land the settlers leave behind. If “Land of Promise” meant to our ancestors the promise of free and cheap land in which a new destiny could be carved, to my generation it means we the (settlerjacking) people of Mindanao are promised a better life elsewhere, one we can achieve with the hard work and resources we have looted from this Moro wasteland.

And to those of us who left, what do we encounter? I left Kidapawan for Davao in college, and I left Mindanao for Dumaguete to get a masters (I’d even leave the country for Myanmar to seek my place). In all the places to which I left one thing remained constant: this was not where I belonged.

A friend from Iligan, the poet Arkay Timonera, relates a similar difficulty (on top of the complications of hybridity, but more on that later): born in Manila, he grew up in Iligan where his father is from, went to college in Dumaguete, and now is back in Manila.

Like me he struggles when asked where his motherland is.

The Mindanao settler outside Mindanao is the most internally cosmopolitan of Filipinos, belonging, we like to think, everywhere (which is to say nowhere): Uprooted in the land of our birth, exile among our own people. (davaotoday.com)