We Who Seek to Settle: Part 8 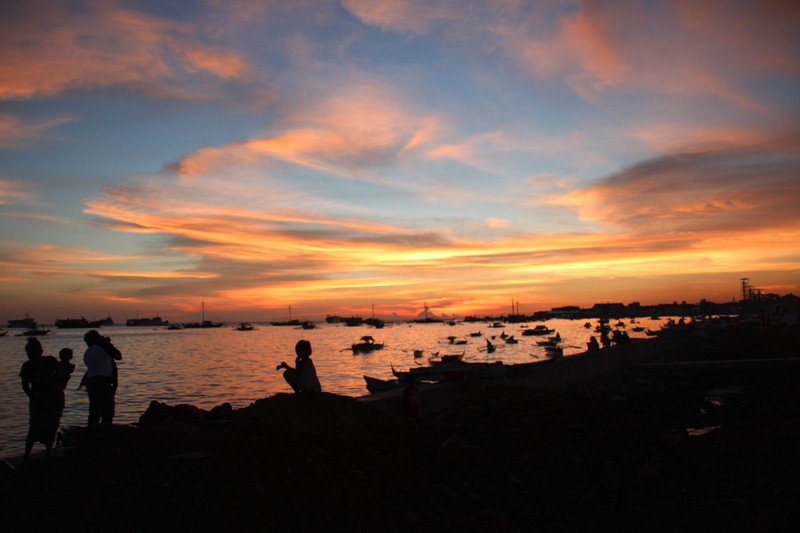 As the settler is perpetually uprooted thus, she must also struggle with the fact that her essence is most likely complicated by hybridity.

Like so many Mindanao settlers I am the equivalent of an ethnic mongrel: part Tagalog (Pasay and Bulacan), part Pangasinense Ilocano, part Bul-anon, part Misamis Cebuano. I grew up speaking Tagalog, needing to communicate in Cebuano (have been called ‘Bisaya’ outside Mindanao), and I call my younger brother the Ilocano term of endearment ‘ading.’ What of my would-be children if their mother were part Ilonggo and part Kapampangan!

While the linguistic map of Mindanao is now largely Cebuano, the Mindanao islands are still very linguistically diverse – my region is the most diverse in the country, with Sarangani as the most diverse province and my own province of Cotabato being second. Kidapawan, which has a Cebuano and Tagalog plurality, is neighbored by Ilonggo-speaking M’lang and President Roxas, and Ilocano-speaking Kabacan, and serves as home to Manobos and Maguindanaons.

Hybridity (and here I must clarify I do not mean Homi Bhabha’s “colonial hybridity,” but rather an actual organic intermingling of colonially equal ethnicities) is a difficult condition to tame, and few people succeed in doing so. What often results for the Settler is one of two things: to resolve ethnolinguistic uncertainty, the settler either chooses purism, or the homogenous Filipino identity.

The former includes choosing one of the hybrid’s component ethnicities and purging the rest. This is the natural recourse of those of ethnicities other than Imperial Tagalog, and the thrust is to identify with the (homogenized) regional identity with the homogenized Filipino identity as point of opposition.

The latter involves speaking Tagalog or Cebuano (the choice of medium is deliberately made immaterial), and identifying (also with deliberate simplicity) as “Filipino.” It is a subtle, often inadvertent, acceptance of homogenization.

The latter option is much more common, as hybridity with all its challenges makes the prospect of a definite and homogenous identity tempting. “Why complicate things when we are all just Filipino?”

Filipino-ness, of course, is not so simple (and for the Lumad and Moro it is an impertinent one that is predicated by the more urgent question of whether they will choose to be Filipino). Language, cultural attitudes, customs, all of these are easy prey to homogenization, appropriation and exoticism. And as already mentioned, in Mindanao the lines between the three peoples are not always exclusive of one another.

While homogeneity for settlers of Visayas or Luzon heritage simply means an abandonment of regional alternatives, it becomes a political choice for the ensettled Lumad and Moro. The choice to assimilate into homogeneity is the defining line between strategic assimilation and cultural renunciation. To identify simply as ‘Filipino’ is to accept Philippine conquest over their peoples, short of betrayal of their blood.

This delicate existential choice is made complicated by the meddling of thinkers both Manila-centric and regional, who insist that a settler is homogenously a settler and dictating that a settler ought to embrace only this or that narrative. When Braga blatantly declares Duterte to be a settler, he is guilty of this, of denying Duterte the right to define – to settle – for himself the complexity of his identity. It is grossly intrusive and tantamount to Manila Imperialism.

Purism and homogeneity are both choices of shallowness and cowardice, the solutions taken by settlers who cannot confront the complexities of their peoples’ often polyphonic heritages. And if the settler chooses these solutions while in Mindanao, he/she remains guilty of the willfully ignorant encroachment into Moro and Tribal space. This is what it means for the settler to be blind to their position in the Mindanao narrative.

As the settler struggles with the questions of rootedness and ethnic identity, enlightenment will also mean he/she has to struggle with the guilt of encroachment. This is not simply the struggle of the country bumpkin in the city, but of the invader realizing he has invaded. When the settler realizes his/her position in the narratives of the Lumad and Moro and their struggle against Filipino nationhood, the settler as mentioned manifests this guilt by means of taking up their causes, but the lingering settler guilt remains unarticulated.

This too is the haunting of imaginary phantoms, although much more straightforward and only complicated by questions of space. As mentioned, while the narrative of encroachment pervades settler identity (and defines settler stereotypes), few settlers are in fact guilty of landgrabbing, and the blurring of lines between settler and lumad/Moro narratives mean many settlers are in fact the legitimate heirs to their ancestral domain. The collective sense of guilt lingers because of the often radical intolerance of some who articulate the Lumad and Moro narratives (who are in fact, it cannot be emphasized enough, rarely Lumad and Moro themselves), of the continued insistence that the settler does not belong to Mindanao.

The paradigms of Settlers-as-Filipinos and Settlers-as-encroachers are made complicated by the unique case of Zamboanga’s Chavacano identity. This creole is the most archetypal demonstration both of the settler’s ethnolinguistic and spatial liminality, and of what an empowered local agency can accomplish.

Zamboanga, originally home to the Subanen and several Moro tribes (including the Kalibogan, the Yakan, Tausug, Sama Badjao, Sama Bangingi, and the Maranao), was a Spanish settlement by the 1600s, and saw an influx of Tagalog, Cebuano, and Ilonggo immigrants. Under the Spanish government these peoples developed a pidgin out of Spanish, which today is the creole called Chavacano, spoken by the descendants of these immigrants intermarrying with the local Subanen and the different Moro tribes. The languages and cultures of these immigrants and tribal peoples, along with Spanish, contributed to a unique hybrid culture that has since been solidified. Zamboanga Chavacano has had a distinct development from the Chavacano in Cavite and the now extinct variation in Ermita.

Zamboanga Chavacano today occupies the typical position of Settler: bajo de la campana and in binary opposition to the Subanen and the different Moro tribes.

But it is in fact both a hybrid and an endemic identity. The intermarriage among the immigrants and the Subanen has been so complete that they developed a distinct ethnolinguistic group, one which rivals the other regional identities in stature.

To the traditional paradigm of the three peoples the Zamboangeño is an encroacher, they do not belong to Mindanao, where the Lumad Subanen and the different Moro tribes have more legitimate claims. But what motherland would Braga have the Zamboangeño be haunted by? The Chavacano identity exists nowhere else in the country.

And within the narrative of nationhood the Zamboanga Chavacano identity occupies an ambiguous position. While definitely part of Spanish Philippines, it was in fact an independent nationality for a period of four years, when the Republic of Zamboanga was established following the revolution. Unlike the majority of the Cotabato area which was seduced into American control by the Bates Agreement, Zamboanga had to be invaded for it to be annexed to the Philippines we know today. This history dispels the assumption that settlers are mere agents of the State.

The occurrence of uniquely localized hybridization – between different migrant ethnicities, between the migrants and the assimilated natives, or both – presented for Chavacanos an opportunity to define themselves as a distinct identity, one whose endemic Mindanao origins – although bajo de la campana – allow them to claim Mindanao as their home.

Guilt, alienation, and hybridity – it is complicated to be a Mindanao settler, but as the Zamboangeno case demonstrates, these complications can actually serve as basis for asserting a positive and legitimate identity for the settler within Mindanao. (davaotoday.com)

Karlo Antonio David, We Who Seek to Settle
comments powered by Disqus